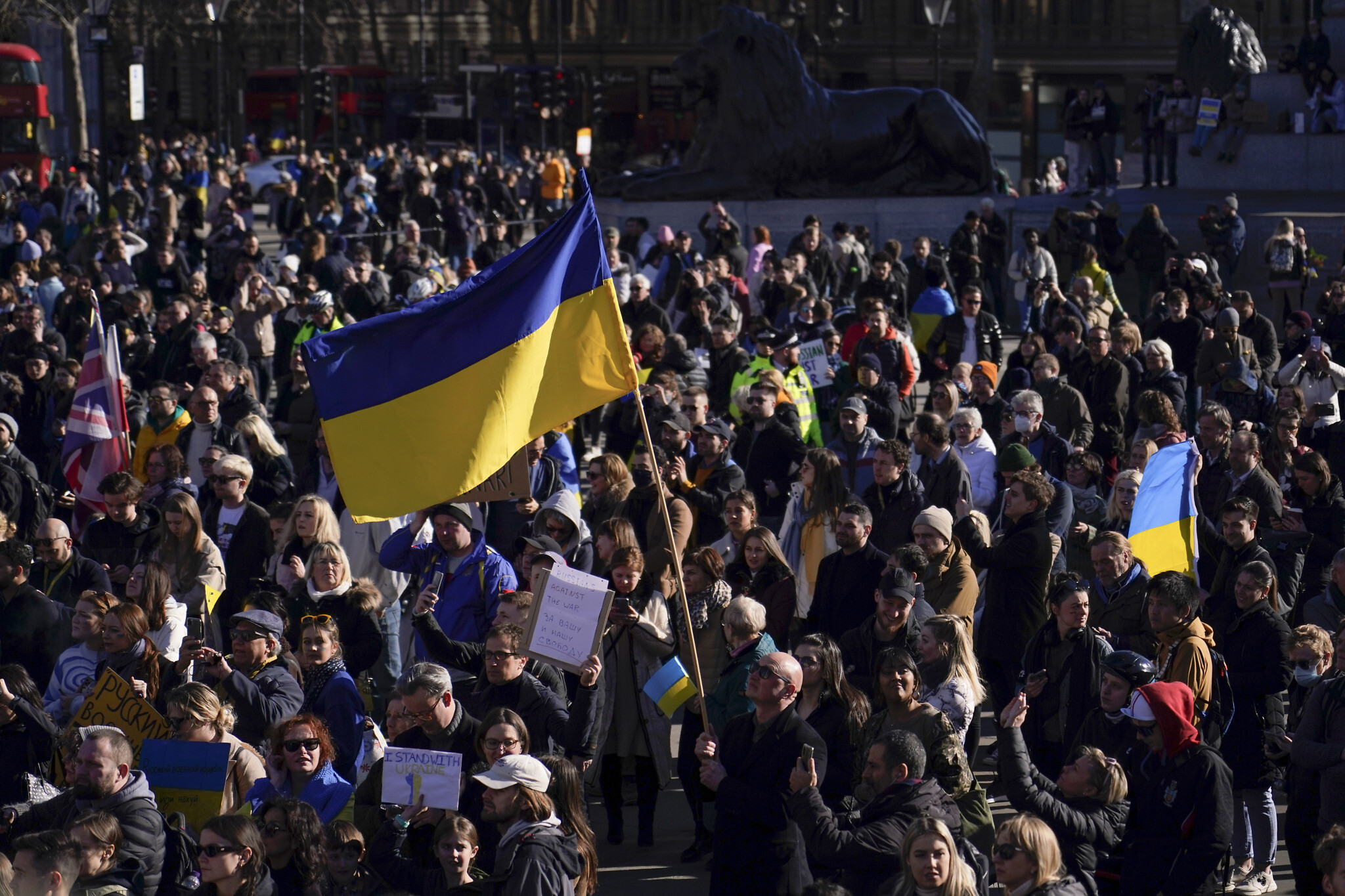 “The scientific evidence is unequivocal: Climate change is a threat to human well-being.” This is the stark conclusion of the long-awaited IPCC WG2 report. Seven years in the making and the result of input from 195 countries, 270 authors, and 34,000 scientific papers, it is the most authoritative and comprehensive report to date on the impacts of climate change.

Three pieces amid the coverage and reaction to the IPCC report stand out.

The scale of the challenge is bigger than we thought – unless emissions are cut faster than governments plan to, damages will worsen rapidly, and parts of the planet will become increasingly uninhabitable. Overshoot is no longer an attractive option.

The UN, among others, is now hammering coal finance, especially private banks.

The Ukraine crisis allied to the IPCC report has led to loud calls for the clean energy transition to be accelerated, and major blocs like the EU are shifting – climate politics is speeding up.

Major polluters took heat as the report landed. “Fossil fuels are a dead end – for our planet, for humanity, and yes, for economies,” said UN boss Antonio Guterres. “My people in Kiribati are effectively paying the price for the world’s addiction to fossil fuels,” said former Kiribati PM Anote Tong. UK energy chief Kwasi Kwarteng stressed his plans to accelerate the UK’s green shift: “The long-term solution is obvious – gas is more expensive than renewable energy, so we need to move away from gas.”

The shocking events in Ukraine have stiffened leaders’ resolve. Gas is now, it seems, deeply unpopular in the EU. “Gas is a weapon of war,” tweeted an evidently furious Laurence Tubiana. EU leaders, who only last month agreed to brand gas ‘green,’ are now rewriting their latest energy plans (due March 8). Germany now plans to hit 100% renewable power by 2035. There’s talk of the US flooding Europe with “freedom (heat) pumps” and the UK embarking on a multi-billion insulation drive to cut gas demand. As the Ember think tank noted, Spain & Netherlands cut their gas use 17%-22% between 2019-2021 after a hike in clean energy investment.

Unsurprisingly, Putin’s invasion of Ukraine has dominated the news and preoccupied everyone’s thoughts. Indeed, the links between Russia’s invasion of Ukraine and climate change are myriad (check Carbon Brief’s latest explainer). For a start, oil and gas sales are funding Moscow’s attack. Europe says it will accelerate its transition from fossil fuels as a result, while western oil majors are divesting stakes in Russian partners.

For decades, the CEOs of BP and Shell have been happy to pose with Vladmir Putin. In 48 hours that all changed, with the majors accepting billion-dollar hits to quit Russia. “We are shocked by the loss of life in Ukraine, which we deplore, resulting from a senseless act of military aggression which threatens European security,” Shell chief executive Ben van Beurden said in a statement. As the West closes off business links, expect gas-hungry China to move fast.

There is a question mark over whether countries will sever trading ties with Russia through bans on oil imports. Canada announced it is banning Russian oil sales. Although the country does not import large amounts from the country, it’s a move that could set a precedent for G7 countries. So far, other policymakers have not followed suit, but oil prices rose to over $100 a barrel after various moves from western governments and companies to impose sanctions on Russian energy firms.

The EU’s desire to reduce its dependence on Russian oil and gas has put some added oomph under its plans to electrify transport – the sector most dependent on Russian oil and also Europe’s biggest source of CO2 emissions. Support is growing for an EU-wide goal of reaching 100% zero-emission new car sales before 2035, ahead of an Environment Committee vote this April.

Russian oil product exports to Europe are disproportionately in the ‘dirty’ end of the oil barrel, so get hit by EU efforts to reduce air pollution. Russia accounts for 50%-60% of Europe’s seaborne imports of diesel, and is also Europe’s largest supplier of heavy fuel oil (used as bunker fuel to power ships). Decisions on how fast to decarbonise European shipping under draft FuelEU Maritime ETS regulations this year now have an added dimension of reducing money flows to Russia.

Rotterdam, as Europe’s largest port, is the key import and resale point for Russian bunker fuel, and the Netherlands has long opposed revising its current 100% tax-free status. The revision of the EU’s Energy Taxation Directive over the coming months (which requires unanimity of member states) will shine more light on the political and climate implications of the Netherlands’ position.

But this isn’t just about energy. As Karl Mathiesen writes, disruption to Ukraine’s great wheat fields could yet send food prices soaring. The last time that happened was 2011, precipitating the Arab Spring.

Global food prices are set to jump. Ukraine’s major crop production areas are those closest to partially-occupied territories. Wheat and corn prices are climbing fast, as are those of vegetable oils. The European benchmark for milling wheat has set a fresh all-time high this morning, reports Bloomberg’s Javier Blas.

Turkey, Egypt, India, China, Netherlands, South Korea, Spain and Germany import significant amounts of grain and/or vegetable oil from Ukraine – which holds a quarter of the world’s super-fertile soil. The Middle East is dependent upon Ukraine for its supply of grains. Pressure on already-high fertiliser prices could increase, particularly as Russia, the largest producer of fertilisers, has already tightened export quotas. This could help explain major importer India’s reticence in criticising the invasion.

How the world’s superpowers respond to the IPCC report and Ukraine crisis could determine the planet’s fate. Will the US ramp up fracking and LNG in response to the expected supply shocks, or back green energy? In Beijing, is Xi losing his bottle in the face of stiff economic headwinds? Let’s take a look at China.

After the economic slowdown in the second half of 2021, the leadership’s climate agenda is struggling to maintain the same level of support and enthusiasm from technocrats and local governments. Although the internal battle is unseen to outsiders, there has been a watering down of recent climate plans released by provincial governments and industrial associations.

For example, the steel & iron industry association set 2030 as the target for peak emissions, instead of 2025 that was previously considered. Nevertheless, despite increasing hesitance at the working level, the country’s top leadership continues to champion the principles of green and low-carbon development, as seen in the most recent Politburo meeting. How the domestic political context on climate will evolve is a key issue to watch this year.

Provincial governments began granting new coal power permits after a halt in 2021. The National Energy Administration said, “in principle, no new coal power plants will be approved if they are only for the purpose of electricity generation”, while in reality, it’s not difficult if a coal power plant is a combined heat and power plant. Analysts warned that the economic slowdown is adding urgency to boosting the industrial and construction sectors, so the new wave of coal power expansion is not necessarily due to the concern of insufficient power supply, but rather to boost equipment manufacturing that can drive GDP growth.