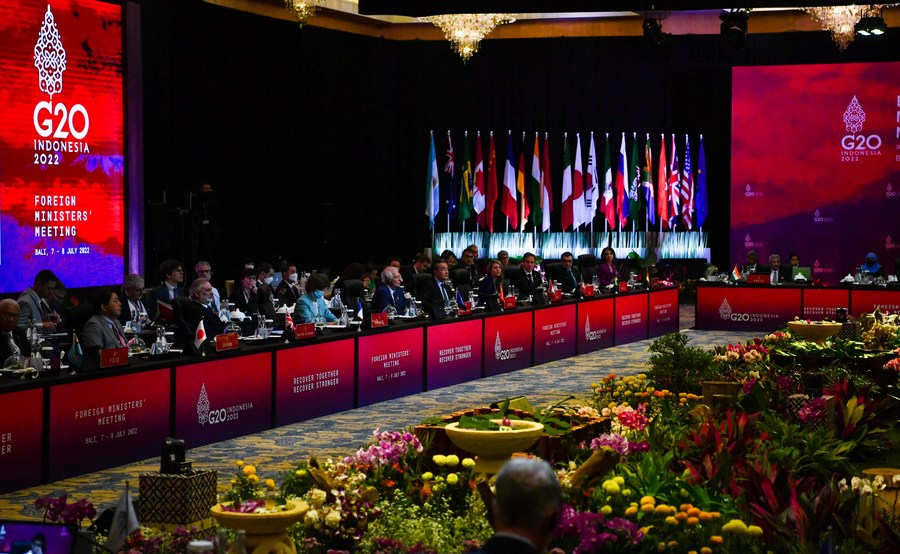 The G20 text has landed, with leaders returning to their back catalogue with a reprise of the 2021 Rome communique on climate. This greatest hits compilation means a commitment to the 1.5C target, support for the Glasgow Pact and a recognition that meeting 2030 global climate goals means rapid reductions in fossil fuel use. That’s far better than most expected heading into Bali, and a positive sign as we head to the Sharm endgame.

The bloc represents around 75% of global emissions, so what it says carries weight. Any deal agreed isn’t binding (they’ve promised to cut fossil fuel subsidies for years), but what leaders agree to sets the mood music and offers a signal of the direction of travel.

A positive signal from Bali would indicate the US and China can, at some level, work as one on climate. John Kerry and Xie Zhenhua were rumoured to be dining out on Tuesday night, with the Dreams Beach Vacation Hotel pasta bar probably not on their hit list. With Brazil back, Xie and Kerry talking again and a new 57%-cuts-by-2030 target from the EU on the table, there’s momentum.

The outcome of the G20 could also provide proof of concept that funding decarbonisation could work in emerging economies, even if the amounts of money on the table right now are only a fraction of what is needed. After South Africa, Indonesia’s $20bn energy transition fund is the latest major package pulled together by richer nations. Vietnam, Senegal and India to come.

The US says the deal is the biggest climate finance deal ever done. 50% public, 50% private finance, but no real details on where and how the private money is delivered. Meanwhile, observers are still looking for the Indonesian government to commit to a date for ending new coal, which could come when they deliver an investment plan in about six months.

So what of that elusive cover text? On Tuesday frustration reigned throughout the halls of COP27 at the rate of progress on the actual text. Finance, loss & damage, mitigation and adaptation workstreams are only getting to the crunch issues now. Finance talks were described as ‘epic’, with back to back sessions running over.

UN staffers were set to cut a new draft under the supervision of the Egyptian Presidency overnight, after heads of delegation meetings late on Tuesday. The initial ‘elements test’ may yet get beefed up as the hosts incorporate feedback from country blocks. As before, the key pieces to track in this text include 1.5C, financial commitments and references to energy, clean or otherwise.

Article 6 negotiators managed to procrastinate on the basics, like what classes as carbon removal, how do we prevent double counting and how transparent should offset sales and purchases be? Late night informals have seemingly led to the conclusion that there is still no conclusion.

Meanwhile negotiations on the Koronivia Dialogue – the forum for discussing agriculture and food – were expected to conclude last night. However, with lots of issues still outstanding, the session was unexpectedly cancelled by the COP Presidency. Action on mitigation and adaptation across the whole food system – rather than just food production – is not yet baked into future negotiations judging by the most recent draft of the text. What happens now with these talks at COP27 is unclear.

The latest Mitigation Work Programme text is also far from final. Disagreements are timelines; who needs to step up (historic emitters/large emitters); and whether or not sectoral or thematic targets, timelines or benchmarks should be established (this is the big point of divergence). Almost the entire text is still bracketed and not finalised.

The five tricky issues at COP27 now have two ministers each guiding them home:

So, 72 hours to go and, because of the timelines set by the Presidency, the biggest barrier to progress at COP27 may be the clock. “So much of this could have been sorted out last week,” said one observer.