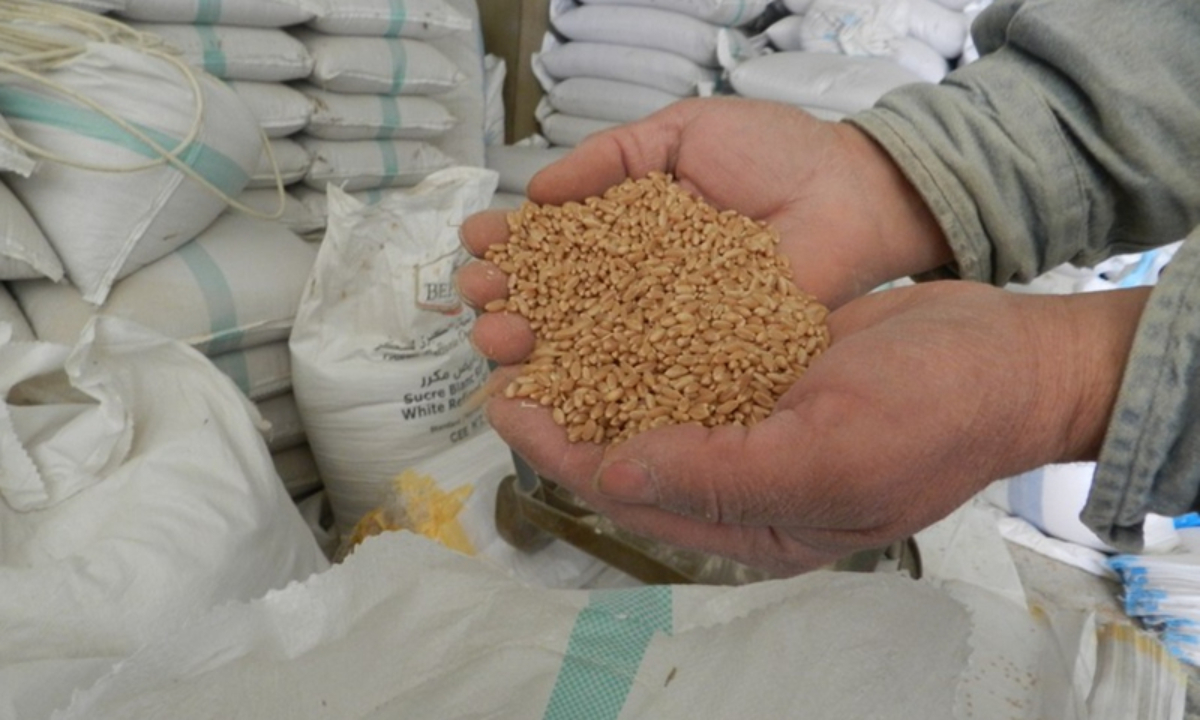 The Ukraine Crisis and Weather Impacts on Wheat Producers

We examine the impacts of the Ukraine crisis and of extreme weather on major wheat producers. The impact on wheat prices is just one of the tragic consequences of the war in Ukraine, contributing to the global food crisis.

Major wheat producers hit by extreme weather have seen production fall as much as Ukraine shortfall caused by Russian invasion.

Prices of wheat, the most widely planted crop in the world, have doubled since 2019. Russia’s invasion of Ukraine is a major factor disrupting international wheat trade – but major wheat-producing countries hit by extreme weather events and climate change have seen wheat exports fall.

India, the US and France, recently hit by droughts and heatwaves have, in total, saw their projected wheat exports fall by about 12 million tonnes – slightly more than Ukraine, whose projected exports are down 9 million tonnes because of the Russia’s invasion.

This reflects the IPCC’s warning that climate change will increase the risk of simultaneous extreme weather events damaging harvests of staple crops in different parts of the world and pushing up food prices.

Most wheat -about three-quarters – is kept within the country where it is produced. The remainder, around 200 million tonnes, is traded internationally, making it the most traded cereal in the world. The largest wheat producers are the EU (in which France is the top producer), China, India, Russia, United States, Australia, Ukraine (before the invasion) and Pakistan.

Wheat trade is a $50 billion business, with Russia, the EU, Australia, Canada, the US, Argentina and Ukraine and India the main exporters. Large import countries include Indonesia, Egypt, China, Algeria, Bangladesh, Morocco and Nigeria. Grain trading is a highly concentrated business, with a handful of companies responsible for 90% of the global trade.

Wheat prices began steadily increasing in early 2020, affected by the pandemic, Covid restrictions and dry weather. Prices went from less than $6/bushel (a bushel is 60lbs, about 27kg) in January 2020 to $8/bushel in late February 2022, a 33% increase in two years, even before the Russian invasion of Ukraine, reaching highs last seen in 2008.

Immediately after the invasion, prices skyrocketed, temporarily passing the $12/bushel mark. At this moment they sit around $10/bushel, roughly twice the price of 2019, and at a 14-year high. Before the conflict, Russia and Ukraine accounted for about 25% of global exports. While most wheat is consumed in the country in which it is grown, some places rely heavily on imported wheat – particularly some developing countries like Uganda, Libya and Egypt – making them vulnerable to any disruption.

Recent extreme weather events around the world, linked with climate change, have  had a significant impact on wheat production and exports. Heatwaves, droughts and heavy rains between late 2021 and early 2022  hit wheat harvests in the first half of 2022 in three of the top wheat-exporting countries – India, the US and France – limiting the potential for them to make up for the shortfall in exports from Ukraine.

India, the second-largest national producer of wheat, restricted wheat exports after a heatwave attributed to climate change damaged crops. Most wheat in India is planted in autumn to be harvested before the arrival of the high temperatures of the summer that can damage the crop. In March 2022, the country (and Pakistan, another of the world’s top wheat producers) was hit by an intense, long-lasting heatwave. The heatwave reduced India’s projected wheat production, from 111 million tonnes expected for this year to 105.

In the US, winter wheat production, due for harvesting in June/July, in the largest-producing states – Kansas, Oklahoma and Texas – is expected to be down because of reduced rains since late 2021. In Kansas alone, crop losses are estimated at 100 million bushels (2.7 million tonnes). The previous year’s wheat crop (2021-2022) was the smallest since 2002-2003, also because of drought.

Heatwaves are one of the best established consequences of climate change. As the planet warms, heatwaves are becoming more frequent and intense. Climate change could also worsen drought conditions. The recent IPCC report found that agricultural drought has increased in Western and Central Europe

As indicated in the summary table, extreme weather events in three major wheat-producing countries – all connected with climate change – have, in total, reduced projected wheat exports over recent months by slightly more than Russia’s invasion of Ukraine.

China, the world’s largest wheat producer, but also a major importer of wheat, may also see a reduced crop due to heavy rain in late 2021 which delayed the planting of winter wheat.

Australia, the one wheat producer among the top eight whose harvest has not been disrupted by extreme weather or conflict this year, is likely to have a successful harvest, with projections pointing to production 5-10 million tonnes above the long-term average (but about the same as the previous two years).

The disruption to food production caused by climate change reflects the findings of the recent IPCC report. It found that the risk of simultaneous production failures of key crops in major producing countries will increase with warming temperatures.

While there is already evidence that the risk for simultaneous crop failures has increased for wheat, soybean and maize compared to 1967-1990, the risks grow disproportionately with global warming. For example, the annual probability of simultaneous losses of 10% or more of maize production might increase from 0% previously to 7% with 2oC warming and to 86% with 4oC warming

Because we’re so reliant on wheat to feed us, when wheat yields change they can have knock on impacts on consumer prices. This is particularly evident in developing countries that are highly dependent on wheat imports – such as Egypt and other countries of North Africa and the Middle East, including Sudan and Lebanon. But these impacts also affect richer countries.

Reduced availability of durum wheat – which is used to produce pasta – is behind current price increases of pasta. Canada, the world’s top exporter, suffered a decrease in wheat production of around 60% in 2021-2022, from 7.5 million tonnes the previous season to 2.6 million tonnes this year. This caused some pasta brand prices in supermarkets to increase by up to 50% in some countries.

As with common wheat, extreme weather also played a role in the price hike. The Canadian durum wheat crop suffered the impacts of extreme weather events throughout the year. Dry conditions pushed farmers to decrease their planting area for durum wheat 2.8% to 2.2 million hectares. A few months later, the 2021 Pacific Northwest heatwave brought record temperatures to the region, damaging crops. The heatwave would have been “virtually impossible” without climate change, according to a scientific attribution study.