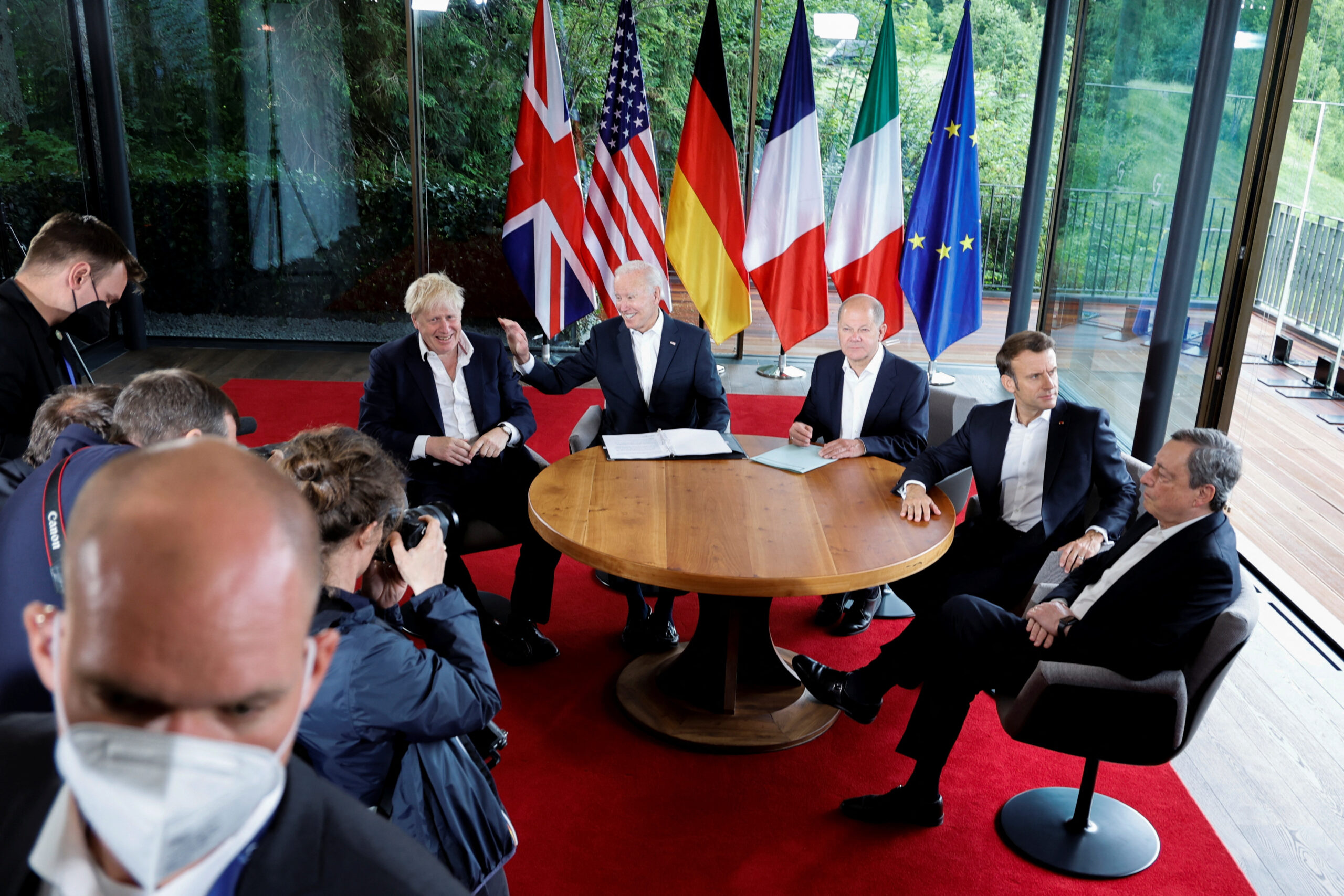 G7 leaders struggle to stay on the climate track in Germany this week. They arrive in a country that has just placed its energy markets on high alert after Russia accelerated gas cuts to Europe. “We must not delude ourselves, cutting gas supplies is an economic attack,” said Vice Chancellor Habeck. A dozen European countries are now facing cuts to gas supplies from Russia, with 10 issuing “early warning” alerts.

Fears in Germany and across the G7 that the energy crunch may become tougher still, are dominating negotiations on climate and energy. Only three weeks ago, climate ministers agreed on what was seen as an ambitious range of goals, including doubling down on goals for zero-carbon power by 2035, ending petrol and diesel car sales by 2030, and quitting all overseas funding of oil, gas, and coal by the end of 2022.

German government spin speaks of a “strong outcome” on climate but cracks are already appearing. One draft circulating last week spoke of quitting all overseas funding “except in limited circumstances clearly defined by each country” and said, “publicly supported investment in the gas sector is necessary as a temporary response to the current energy crisis.”

If that text stands, it would open the door to new gas investments and run against both the main COP26 deal and an agreed EU position. Scholz, Draghi, and EU President Von der Leyen are eyeing Senegal, North Africa, and Israel as possible suppliers.

The draft text also talked of investments “consistent with a 1.5C warming limit and the goals of the Paris Agreement.” On that, the IEA was clear when it launched its seminal net-zero report in 2021: “If governments are serious about the climate crisis, there can be no new investments in oil, gas and coal, from now – from this year.” The IPCC’s AR6 WG3 report in April was equally definitive: “Further installation of unabated fossil fuel infrastructure will ‘lock in’ GHG emissions and put 1.5C out of reach.”

Some onlookers are deeply unimpressed. “I’m tempted to call it the ‘Gas 7’ based on what I’m hearing,” says Bill Hare, CEO of consultancy Climate Analytics. His team has produced a policy brief that makes clear the G7 is already missing its 1.5C targets: “As it stands, there is a clear credibility gap… under current policies, the G7 are set to reduce emissions as little as 16% by 2030 compared to 2010 levels. This would lead to emissions in 2030 exceeding a 1.5C compatible level by 80%.”

It’s not entirely clear where all G7 nations sit on watering down climate commitments. The E3G think tank says Japan is sending “mixed messages” and has been “trying to tone down or reinterpret the group’s agreed climate ambitions.” Germany and Italy are pushing for flexibility on gas in light of the Russia war, while France, the US and Canada appear to be keeping low profiles. What’s clear is to keep the COP26 deal watertight, the UK needs to turn up in Bavaria swinging.

Whether gas is really a fast answer to the energy crisis is hotly debated. Brian O’Callaghan from the Oxford University Economic Recovery Project argues new extraction timelines are too long (5-10 years vs 1-2 for renewables), gas is expensive at a time when prices are already rising fast and any new infrastructure will need to be closed in a decade. Safe to say he’s not a fan.

And what of Germany’s much-touted but never-seen ‘Global Shield’? The plan could see multiple strands of disaster risk planning, policies and finance drawn together to ensure climate vulnerable nations have access to funds, resources and the aid they need when hit by increasingly severe weather events. So far it seems there’s a tonne of rumours, but less evidence of hard cash.

G7 And The Food Crisis: Wheat, Ukraine, And Extreme Weather