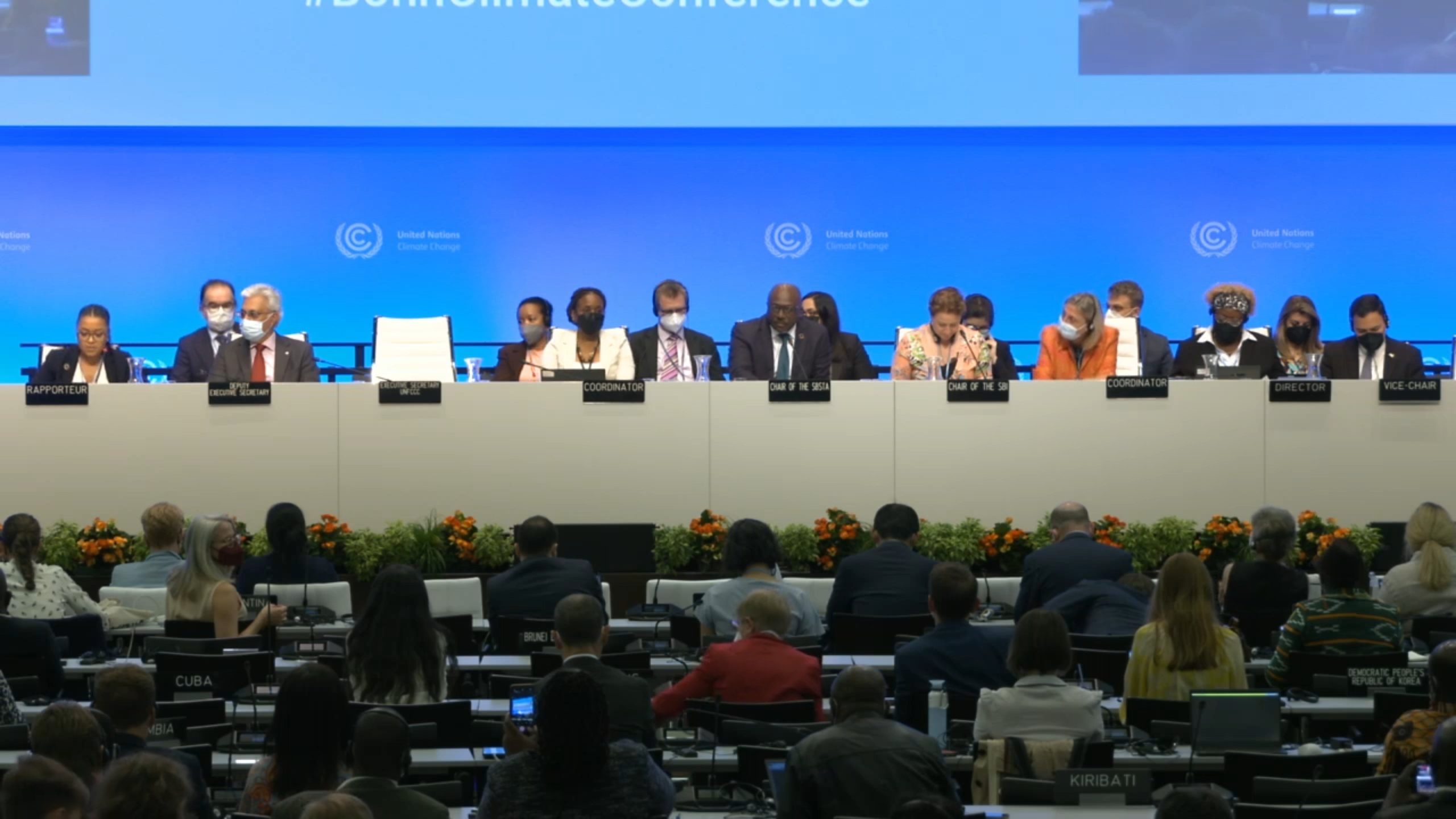 The mid-year UN climate talks in Bonn have now wrapped up after a disappointing fortnight of negotiations that delivered little substantive progress on COP26 decisions.

In a Thursday morning briefing, Alex Scott, lead climate diplomacy expert at the E3G think tank, described talks as “divorced from reality” given the extreme weather impacts in 2022 so far and IPCC science reports.

The broad task facing nearly 200 countries in Bonn was to kickstart work on longer term climate finance and adaptation targets, accelerate global emission cuts and tackle the loss and damage vulnerable countries are facing due to extreme weather.

But climate negotiation analysts tracking the talks suggest little progress was made across these four tracks, with countries stuck in bitter disagreements over funding pledges, loss & damage and reeling from the global economic hit Russia’s war on Ukraine has delivered.

“It is disgraceful that rich countries are not treating loss and damage and climate finance with the seriousness they deserve,” said Mohamed Adow, director of Power Shift Africa, a Nairobi-based think tank.

“Rich historic polluters are even refusing to discuss loss and damage in the formal conference agenda. In particular, the hypocritical EU, France and Germany who call themselves as climate leaders are the key blockers followed by Switzerland, US and Norway.”

The resulting outcome leaves the COP27 hosts Egypt a mountain of work, and places intense pressure on G7 leaders in Bavaria to take a lead on funding climate adaptation, phasing out fossil fuels and agreeing how to support countries on the climate frontline.

David Waskow, International Climate Director at World Resources Institute said loss and damage was threatening to become the stand-out issue at the COP27 summit in Egypt and urged G7 countries to scope out potential solutions when they meet in two weeks.

“Perhaps the most decisive outcome from these talks is that developed countries now realize that the chorus calling for solutions to loss and damage is only getting louder and addressing this issue is a central measure of success for the UN climate summit in Egypt,” he said.

“Now the pressure is on for leaders to pick up the slack and use upcoming diplomatic gatherings to deliver the political momentum that is needed ahead of COP27.”

Alden Meyer, a senior associate at the E3G think tank, called on G7 leaders to respond to what he termed a “clear call” by developing countries to sharply scale up finance for loss and damage. “They should instruct their finance ministers to develop concrete proposals on how to fulfill their pledge made last December to help “shift the trillions” for developing country decarbonization,” he said.

Meetings through late June and July could determine the success of the Egypt summit in November, with the Commonwealth Heads of Government meeting, G7 and Petersberg Climate Dialogue key staging posts to Sharm El Sheikh.

In 2021 at COP26 leaders of wealthy nations agreed to double financial support for adaptation to about $40 billion a year: currently support is well short (WRI, 2021) of the hundreds of billions African leaders say they need to protect their people and our interconnected economies.