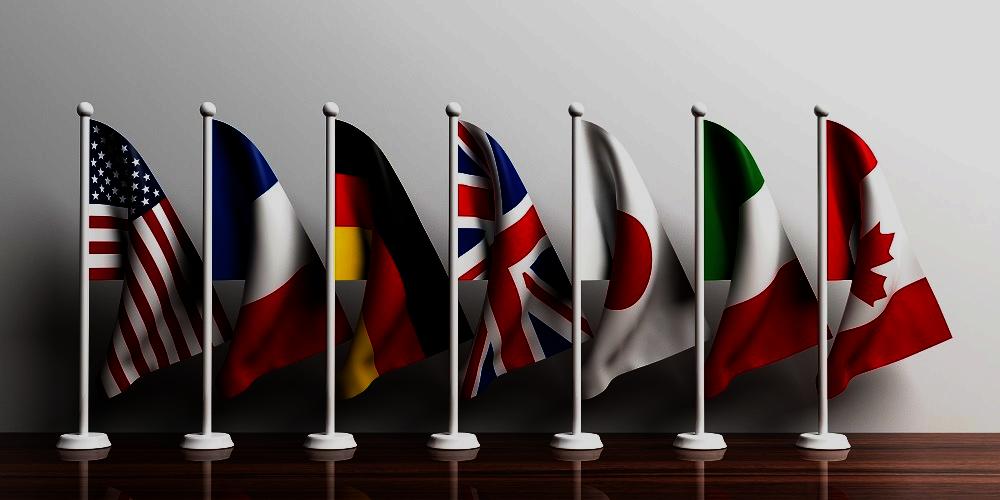 G7 climate, energy and environment ministers meet this month with an opportunity to address the challenges of volatile energy prices and supplies, the rising cost of living, food insecurity and climate change impacts together as one systemic, global problem – and drive a single holistic solution.

The key is to root decisions in accelerating the shift to a healthy, sustainable, zero-emissions economy, not put it on hold.

Global shocks over the past two years make clear the perils of prolonging an economic system dependent on fossil fuels and global supply chains. Russia’s attack on Ukraine has disrupted fuel and wheat supplies exported from both countries, causing pushing up the cost of living worldwide and heightening food insecurity. Russia’s war is largely funded by its oil, gas and coal exports worldwide, especially to the EU.

This comes as the economy continues to recover from Covid-19 lockdowns, which also interrupted supply chains. And at the same time, intensifying climate change impacts such as floods, droughts, wildfires and extreme heat are putting economic activity at greater risk.

G7 countries have a choice. They could further entrench the interconnected, volatile fossil fuel-driven system into the global economy by replacing Russian oil, gas and coal with more fossil fuel infrastructure at home and in other countries. This may alleviate the immediate challenge of sanctioning Russia for its aggressions, but not the long-term insecurity of erratic energy markets or the worsening impacts of climate change.

Alternatively, seven of the world’s advanced economies could finance and lead the shift to a clean energy system that simultaneously builds energy independence and helps poor and vulnerable countries develop sustainably and resiliently.

The G7 climate, energy and environment meeting on 25-27 May will set the group’s tone and direction for the leaders’ summit a month later.

To immediately free Europe and the rest of the world from Russia’s grip, and cut off the Kremlin’s war chest, the G7 must recognise the transition to clean energy as a key element of national security.

An economy reliant on flexible, unlimited clean energy systems – with more renewable generation, energy efficiency, electrification and storage – will foster energy and economic independence. This will reduce countries’ vulnerability to energy disruptions and wider impacts on the cost of living. It will also drive wider sustainable development by, for example, improving access to reliable energy, supporting smallholder farming, creating jobs in the zero-emission economy and limiting climate change.

This transition must start with a swift end to Russian oil, gas and coal imports – led by the G7. This may require a temporary increase in fossil fuel supplies from other countries, such as additional LNG imports to some EU countries. But, as the International Energy Agency has made clear, reaching net zero emissions by 2050 requires an immediate end to all new fossil fuel investments. The G7 must make clear that an upscale of gas, LNG and oil imports from other countries can only be temporary.

As this year’s G7 president, Germany can reclaim its reputation as a global clean energy champion by brokering a G7 commitment to massively scale up investments in clean energy both at home and in developing countries.

The G7’s moment for leadership

The G7 is expected to deliver the promised billions in public and private spending for climate mitigation and adaptation in developing countries, and to pledge an increase of finance.

This is not just a matter of reputation and trust. Vulnerable countries that have been battered by the impacts of Covid-19, climate change impacts and are now threatened with a hunger crisis, can’t wait for Europe to sort out the war. If the world’s wealthiest countries don’t address their demands now, developing countries will resort to funds from Russia and China and lock in fossil fuels and political dependence for decades. Continued reliance on fossil fuels will keep worsening the impacts of climate change, from extreme heat in India, to severe drought and famine in Madagascar, to record flooding in South Africa.

The G7 can begin to tackle this vicious circle holistically by pursuing climate action and recognising international climate finance as means to greater global security and stability in the long-term.

This year’s G7 summit is an opportunity for rich countries to shift their international fossil fuel finance towards their pledge to mobilise $100 billion per year in public and private climate finance, and create the partnerships needed to a just energy transition in poorer countries.

In so doing, the G7 countries will show much-needed solidarity with poorer countries which is crucial less than six months before the UN’s COP27 summit in Sharm El-Sheikh, which Egypt intends to focus on the need to scale up adaptation and resilience work in developing countries, especially Africa.