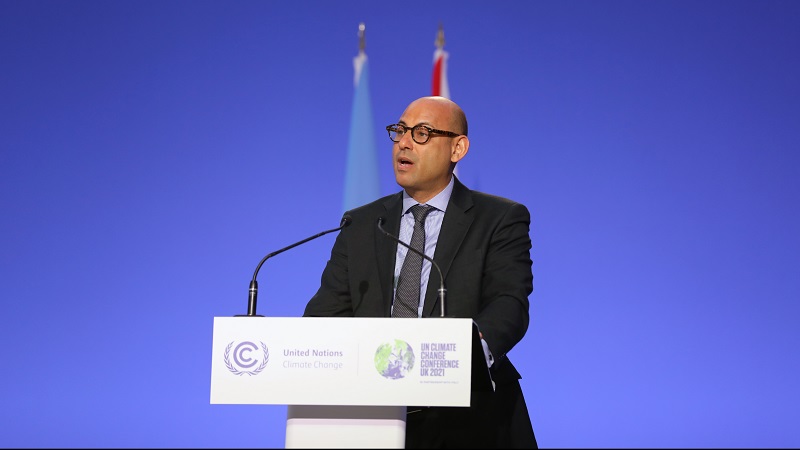 COP27 Day 7: Concerns About Strength of Final Text as Doubts Raised Over 1.5C

UN climate boss Simon Stiell read the riot act to envoys late on Saturday, suggesting some (un-named) countries are throwing spanners in the works at COP27. “There are too many unresolved issues,” he warned, suggesting a “log jam” of work was clogging the system and indicating that this meeting may fail to live up to the unfolding climate crisis and endangered 1.5C target. Unless there’s swift progress “we will not deliver an outcome that is deserving of the crisis,” he said [webcast here].

These summits are often in some form of crisis on the middle weekend. This summit has been in some form of crisis since day one. No immediate end appears in sight, with envoys suggesting a lack of guidance from the hosts – especially on their ambitions for a strong political signal from COP27, which would typically come in the form of a cover/decision text.

Poorer countries are clear they want to see a commitment to keep temperatures below 1.5C in the final decision here. See interventions from the 58-strong Climate Vulnerable Forum, 46-country Least Developed Countries and the 39 small island states that make up AOSIS in the joint closing plenary of the SBI and SBSTA on Saturday. The Maldives explicitly called for agreement on a path to stay well below 1.5C at COP27. But we’re hearing references to the 1.5C target being contested at the G20 talks in Bali, with China and India among those urging it to be wiped from the text.

If Egypt really wants to land a COP27 deal that meets the demands of poorer nations, Egypt needs to knock out a first draft of this cover text pronto. The hosts are running out of time.

Loss & damage will be key. Still the big ticket item, ministers arriving in Sharm El Sheikh from Monday will be expected to crack heads together to identify a deal that meets the asks of poorer, vulnerable nations while dodging reparations language that’s toxic to the US and EU. The G77 + China, AOSIS and LDCs want a COP27 decision on a multilateral funding mechanism, often referred to as a facility. Developed countries are looking to a final decision in 2024.

A US move in loss & damage talks to have “developed countries” replaced with “Parties that have the capacity to do so” evoked a strong reaction from China. The world’s top polluter and second highest cumulative emitter after the US is not keen to be on the hook here. Germany and Chile were chairing talks on this before COP27 – let’s see who gets the poisoned chalice in Sharm.

Governments handed big pots of cash to Big Ag – even though they aren’t short on profit. First up was AIM4C, spearheaded by UAE and the US, experimenting with projects on cow feedstock to make them belch less. The initiative announced a doubling in funding, from USD 4-8bn by 2025. The Global Fertiliser Challenge, another US-led initiative, announced it had raised USD 135 million since July to increase fertiliser efficiency. All this comes against the backdrop of a growing assertiveness of the US to use climate action as a means to promote its industrial agricultural model to the rest of the world.

Speaking of vested interests, there’s no doubt that major hydrocarbon producers feel far more welcome here than they did at COP26, when they were advised to steer clear by the UK. As the FT reports, lobbyists abound in and outside the venue. Big oil’s media fans are celebrating. And perhaps, judging by this Reuters piece on Saudi Arabia, the lobbying is working – Riyadh claims it’s being crucified by green groups (the Khashoggi family might feel less sympathy). Capex is the key metric – at a time when companies are cash machines, clean energy investments are plateauing. A cynic might suggest the only investments rising are their green PR spend.