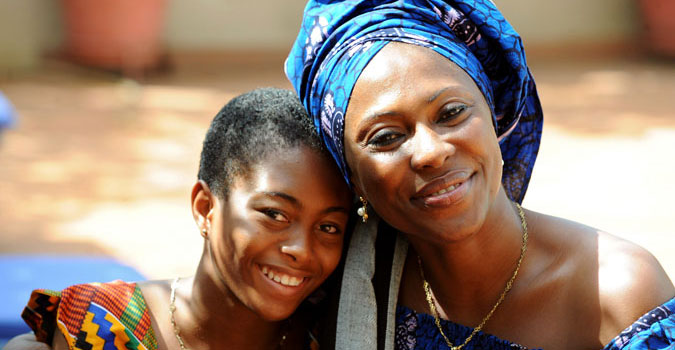 Opinion: This ‘African COP’ must deliver for the women of Africa

By Manty Tarawalli, Minister of Gender and Children Affairs – Republic of Sierra Leone.

With COP27 underway in Sharm El-Sheikh, Egypt, developing nations have set out their stall for what would constitute a successful summit that actually helps people on the front lines of the climate crisis and isn’t just more  “blah blah blah” to quote Greta Thunberg

This year’s COP27 in Egypt – the ‘African COP’ – is a unique opportunity to ensure that the voices of African women are heard loud and clear during this year’s climate change negotiations. Africa is heating faster than the global average and this is being experienced by African people through severe droughts in the Horn of Africa leading to starvation, devastating floods in Malawi and Nigeria and the horrific gigantic mudslides claiming thousands of lives in my country of Sierra Leone last year.

Extreme weather events, as well as slow onset crises, result in severe loss and damage.  Poorer countries, with less infrastructure, limited public services and smaller financial resources have fewer means to withstand the worst climate impacts. By 2030, the economic cost of irreparable loss and damage is estimated to be between $290 to $580 billion in developing countries alone.

Added to the already challenging circumstances of an onerous debt burden and illicit financial flows, these losses and damages will be impossible to address on our own.

A growing body of evidence in the last decade has shown that climate change has exacerbated existing gender inequalities, significantly impacting women and girls in Africa (like everywhere else), leading to an increase in poverty and a reduction in sustainable livelihood options.

Our increased care responsibilities have to be juggled with increasingly insecure land tenures and a depletion in assets traditionally owned by women such as small livestock. It is estimated that globally 80% of climate refugees are women and they are particularly vulnerable when experiencing displacement. They are exposed to more gender-based violence, girls experience breaks in their education and yet, in climate negotiations, women’s voices and demands remain mostly unheard or ignored.

Prevailing cultural and social norms too often actively discourage climate impacted women from speaking up and being heard. It is just that much harder for women to speak up and get their specific demands met, including in decision making spaces, such as the loss and damage debate.  However, despite the challenges, African women continue to be to be at the forefront of driving transformative solutions to fight climate change. Women farmers are promoting climate resilient agriculture and women are at the forefront of delivering sustainable energy solutions.

The African feminist task force is at COP27 and has developed their charter of demands for negotiators, highlighting the challenges for women’s leadership, the lack of investment in the implementation of the UNFCCC’s Gender Action Plan and a lack of voice for national climate change and gender focal points.

This year’s COP is the perfect opportunity to remind the world that we can’t keep the most impacted communities out of sight and out of mind. The creation of a loss and damage fund should be developed in line with the demands of African feminists. That is so loss and damage financing will be based on the principles of gender responsiveness and equitable representation. The funding should be public and grant-based and any loss and damage conversations should guarantee the protection of the rights of women and indigenous communities dependent on natural resources for their livelihoods. As the saying goes: nothing about us without us.

These transformative principles should guide all the climate negotiations and be a part of delivering a new eco-social contract for people and planet to enable everyone earth to live in dignity and hope.