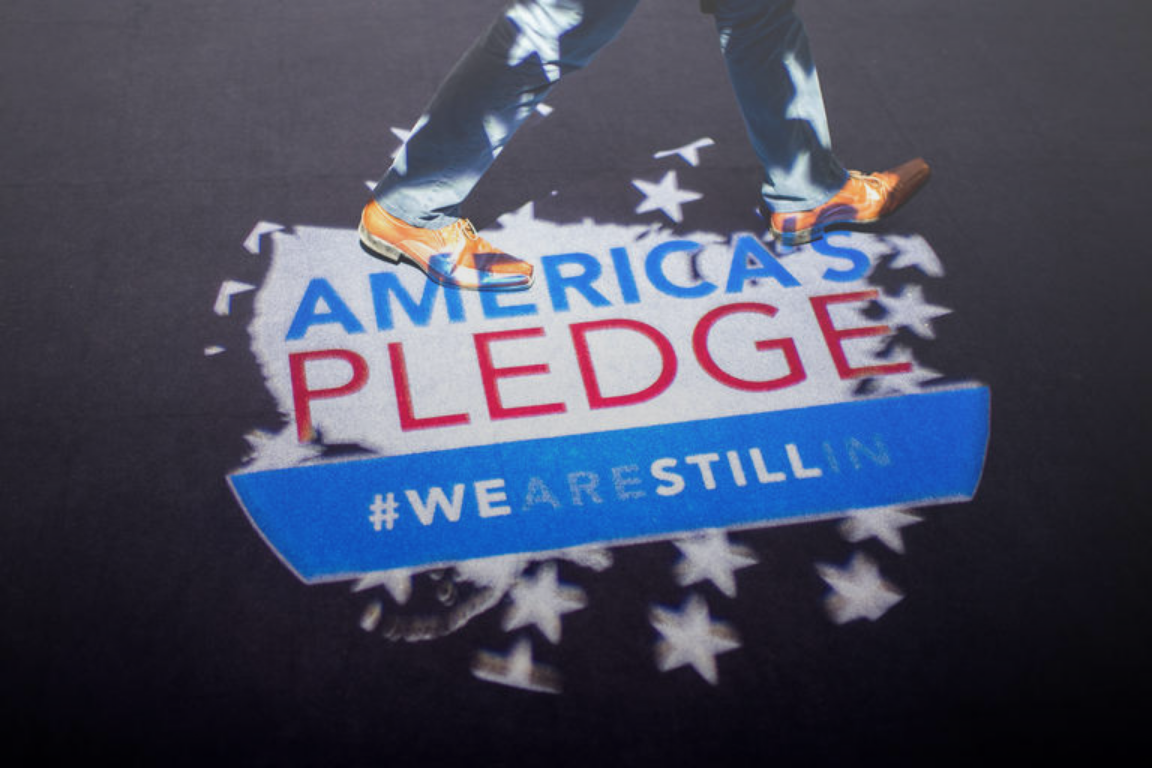 Why are US Oil, Coal and Republican States Acting on Climate?

While the U.S. government will exit the Paris Agreement, there are more U.S. cities, states, and businesses acting on climate than ever before. These leaders come from all parts of the country, even traditional oil and coal states, and have the potential to reduce over a third of U.S. emissions by 2030.

Climate change has become a divisive political issue in the United States, but it shouldn’t be. American leaders across the U.S. see the benefits of shifting to clean energy and protecting against worsening climate risks. Mayors from coal country in Pennsylvania, oil and gas country in Texas, and the political “battleground” state of Florida are all embracing climate action. The U.S. will leave the Paris Agreement soon, but these business, city, and state leaders have always opposed leaving the landmark agreement and will reaffirm that opposition on November 4, when official withdrawal goes into effect. These U.S. leaders are “still in” on lowering emissions and shifting to clean energy, because they know it’s the right thing to do for the planet and for their communities.

Renewable energy is cheaper than ever, and offers jobs to Americans in declining industries. This is true even in Texas, where solar is the fastest growing electricity generation source, as oil and gas declines. Clean energy is such a cost-competitive off-grid power source that even Chevron and Exxon have decided to use renewable electricity to power some of their oil and gas facilities, including in the Permian basin. Mayor Sylvester Turner of Houston, Texas says “Many know us as the U.S. energy capital, but we know climate change is real. My city has been hit by 6 major flooding disasters in the past 5 years.” So Texans are doing something to fix the problem, by turning Texas into a renewable energy powerhouse and committing to make Houston carbon-neutral by 2050.

The US states and cities leading real climate action

Shifting to renewable energy is also good for jobs and economic growth. Pennsylvania was home to the coal mining industry for centuries and continues to be a major energy producer, as it is situated above the Marcellus Shale. But Mayor Bill Peduto of Pittsburgh offers a hopeful look at the future, noting that 1 in 3 Americans currently live in a state or city that will be powered with 100% clean energy by 2030. The state is seeing benefits from their clean energy commitment, and today in Pennsylvania, there are more people employed in renewable energy than coal, oil, and gas combined. 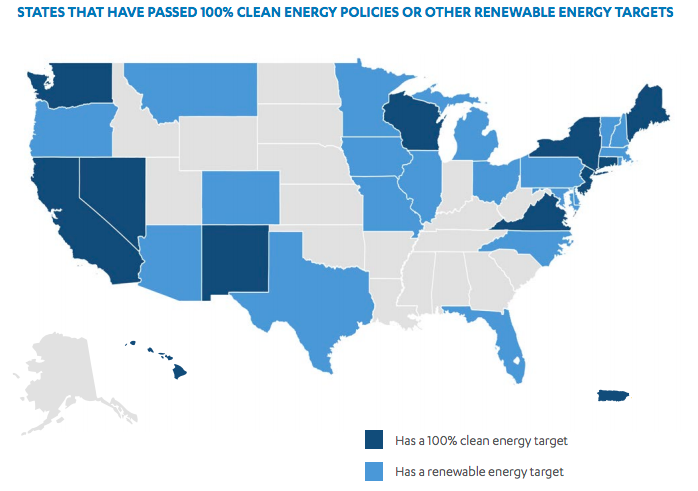 Mayor Francis Suarez of Miami, Florida is on the front lines of climate change and has seen his city hit by harsher storms and rising seas. That’s why the climate problem transcends the partisan divide – he says “this issue impacts all of us, and it will take all of us to fix it.” While addressing climate change is a moral imperative, Mayor Suarez also believes it is “the right move for the health of our residents and the health of our economy.” Miami is doing its part in the climate fight by committing to become a carbon-neutral city by 2050 and by transitioning businesses to a clean energy economy and creating jobs at the same time.

Although New York and California tend to get more attention as climate leaders, these mayors show that they are far from alone. Just this year, several U.S. governors also made strong climate commitments. Michigan, one of the top 10 emitting U.S. states and home to heavy-emitting industries including auto manufacturing, announced a commitment to economy-wide carbon neutrality by 2050. Louisiana, a state largely driven by fossil fuels that is vulnerable to hurricanes and coastal impacts, also announced a goal to cut net greenhouse gas emissions 100% by 2050. There are unlikely city and state climate champions all across the U.S. with hopeful stories to tell about how clean energy keeps their communities and economies healthy. And together, they can have a real impact – the climate leadership from U.S. cities, states, and businesses is counteracting a growing portion of the environmental harms wrought by the Trump Administration. Collectively, action by these U.S. leaders could reduce emissions by up to 37% by 2030 and nearly half of U.S. emissions if joined in action by the U.S. federal government. Even during the COVID-19 pandemic and economic downturn, they have continued to move forward on climate progress, moving the U.S. steadily toward a clean energy future.