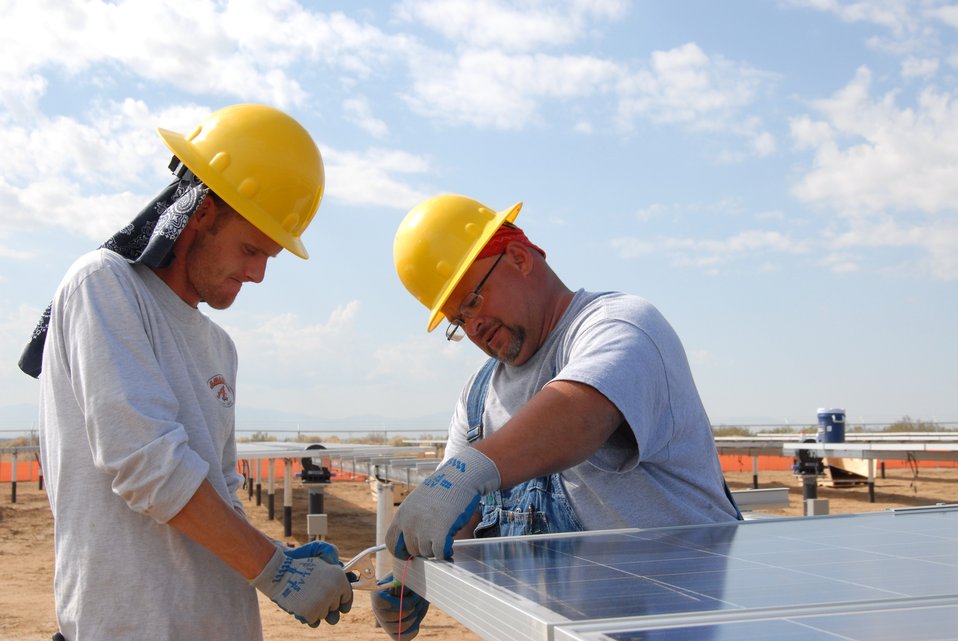 Shortly after Russia’s brutal invasion of Ukraine, over 200 climate and clean energy groups called on the Biden Administration to use the Defense Production Act to speed up deployment of renewable energy to transition the world off fossil fuels, in recognition of the security risks of oil and gas dependence. On Monday, the Biden Administration delivered, using the Defense Production Act’s broad emergency powers to act in the US national defense interests and accelerate the American clean energy transition.

US President Biden’s order will promote energy security, strengthen national security, provide certainty to the solar market and the jobs it creates, and speed the American clean energy transition.

The order could have global impacts, with the White House eyeing hiked exports of heat pumps and clean energy technology to Europe as a way of ensuring the continent accelerates cuts to Russian gas imports, which saw Kremlin coffers boosted by 93bn EUR from fossil fuel revenues during the first 100 days of war.

Industry insiders believe the pause on solar tariffs will spark an increase in solar module orders and imports from other countries. Biden also harnessed the financial power of the US government, by increasing federal purchasing from domestic producers and providing a steady market for the US’s solar manufacturing industry. According to the White House’s release, the US is now on-track to triple domestic solar manufacturing capacity by 2024.

In the White House statement pausing solar tariffs, the Biden administration acknowledged that robust and reliable electricity is “crucial to national security and national defense” and referenced that “the Department of Defense has recognized climate change as a threat to our national security.” While some groups are concerned that the pause on tariffs could undermine enforcement of US trade laws, Biden’s executive move to speed the US clean energy transition has received praise from environmentalists, industry advocates, and national security voices.

Fossil fuel sales have undoubtedly extended Russia’s invasion, with Europe paying Russia over 50 billion euros since the start of the full-scale invasion. Admiral Dennis McGinn, a former US assistant secretary of the Navy, praised Biden’s move as key for true and lasting security.

“The US is putting real force and action behind renewable energy as a critical         path to better national security, prosperity and a stable climate. Innovative and     large-scale moves toward clean energy are essential to provide the US and our   allies with more resilient, affordable energy and to forcefully counter future petro-   dictator ambitions.”

“Not only does this announcement bring us closer to our emission reduction     targets but it also creates much-needed energy security for the US and the world,   reducing the ability of dictators like Putin who use fossil fuels as a weapon.”

The US is hardly alone in recognizing the security risks of fossil fuel dependence – these moves follow months of action from European countries to transition off of oil and gas and speed up the clean energy transition. Both Europe and the US have moved to cut red tape on renewable energy projects, but Europe has gone farther to set out a dedicated solar strategy; significantly increase its commitment to offshore wind; and double the deployment rate of heat pumps. Now, the US joins Europe in recognizing the security benefits of renewables and ramping up action to strengthen its clean energy economy.