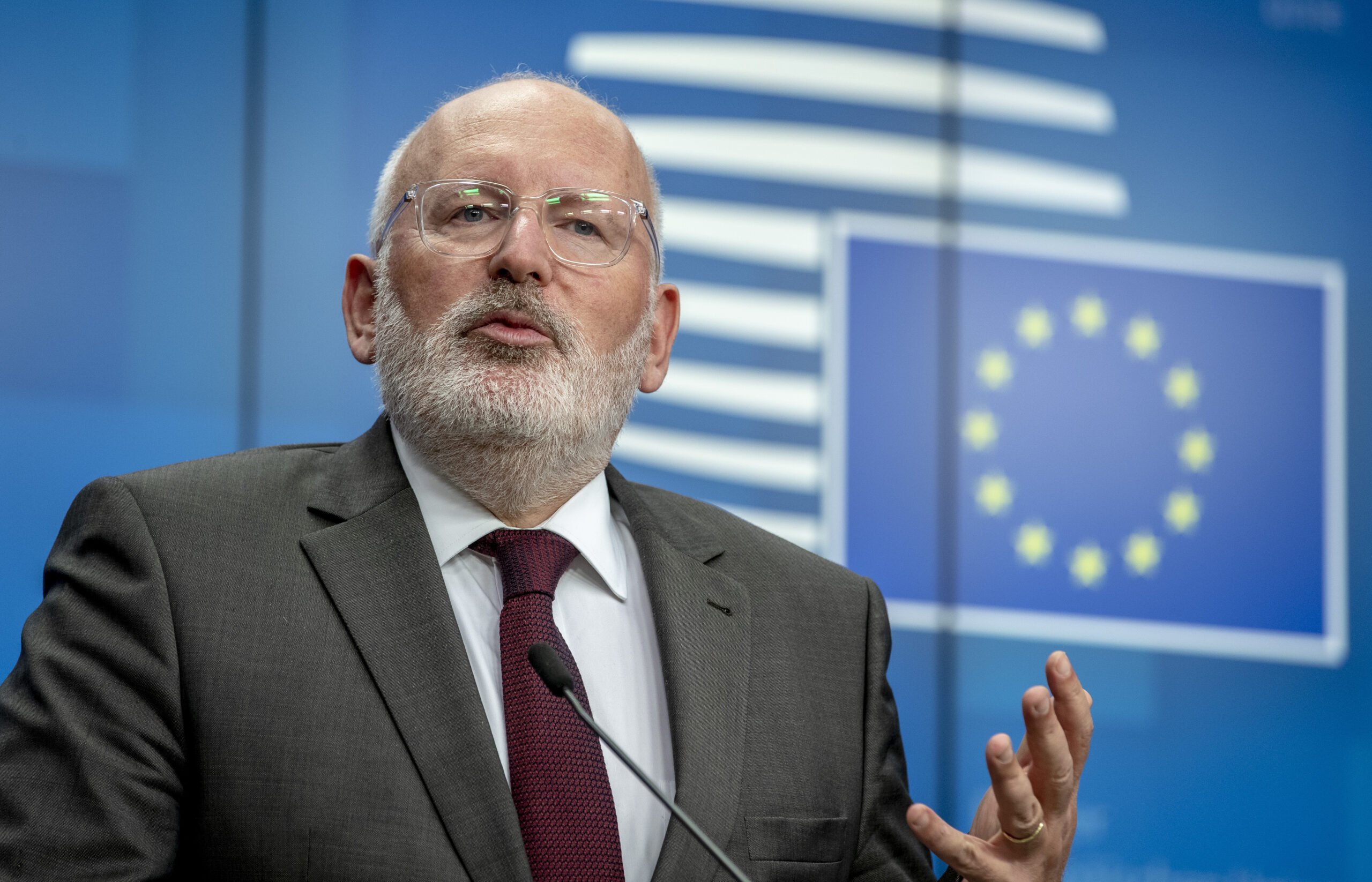 EU climate chief Frans Timmermans spoke for many this week when he asked fellow ministers from China, the US, the UK and other European nations what they’ve actually done since COP26 ended. Never one to avoid asking tough questions, Timmermans challenged the ensemble to deliver what they promised: “Setting a map to get within reach of 1.5C is of immense importance… but we have to translate these into concrete action.”

Timmermans has a point – a quick glance at a May ECIU-E3G analysis of G20 efforts since COP26 suggests words have yet to be followed by meaningful action. India, Turkey and COP27 hosts Egypt have yet to land a new climate plan; Australia, Brazil, Mexico and Indonesia have all submitted below-par proposals; while Russia, China and Saudi Arabia are well off the pace of anything close to 1.5C-2C. Still, many might ask if an EU that recently labelled gas as ‘green’ is in any position to preach.

G7 climate ministers offered a glimpse of what ambition could look like at their Berlin meeting. It concluded with pledges to wipe coal from their power sectors by 2035, end all overseas fossil fuel funding this year and ramp up financial support for emerging and developing countries keen to shift to green energy. Still, until the Bavaria G7 summit and leaders’ communique, we just don’t know.

UN talks starting this week in Bonn might shed some light. The 10-day conference should offer a sense of what top issues Egypt plans to focus on – with Cairo dropping hints it will be all about the money. Word is the Egyptian Presidency is assembling a high level panel to unlock finance flows for climate action projects in developing nations. Indeed a summary of the 12-13 May ministerial is dominated by calls to ensure better planning & funding for climate adaptation. “Ministers underlined the need for a transformative agenda on adaptation at COP27,” the note reads. That and calls for more finance look set to dominate the next six months.

Germany and Canada are the countries to watch, charged with working up a ‘$100bn delivery plan’ and hinting at possible sweeteners to developing countries in the form of more finance for adaptation and loss & damage. Berlin envoy Jennifer Morgan talks of a ‘climate shield‘ while Ottawa environment chief Steven Guilbeault hints at a ‘new way of international development‘ that could open the door for talks on loss & damage funding.

How Moscow’s attack on Ukraine impacts UN climate talks will become clear shortly. We can expect a scrap over who accounts for Crimea’s emissions. Russian diplomats chair a number of key climate committees and typically worked in the ‘Umbrella’ alliance with the US, Canada, New Zealand and Australia – which they have now been booted out of.

But there are some reasons for cheer. The US & China are still talking. Despite geopolitical tensions, John Kerry and his Beijing counterpart Xie Zhenhua talk “every 8-9 days” and – as per WEF speeches – are working on implementing their landmark deal at COP26, which included new methane targets. Plus, China is now on course to hit peak emissions by 2025 and is on track to double wind and solar capacity.

Meanwhile, Australia might be returning to the fold. It’s still a coal and gas guzzler, but climate denial burnt votes for the last government and its successor has shifted the dial. It won office with plans to enshrine an upgraded target of 43% emissions reductions by 2030, boost RENs and EVs and possibly even bid to host the 2024 UN climate summit with the Pacific.

And finally, the EU has agreed a new emergency response package to eliminate EU Russian fossil fuels imports before 2030. RePowerEU focuses on renewables – out of the EUR 300 billion of investments required to turn it into action, only 10 billion would go to gas. EU leaders also managed to break the deadlock on the Russian oil embargo. Again the measures aren’t perfect, but they could cut 90% of oil imports from Russia by the end of the year, and the USD 23 billion a month that Europe pays for Russian oil will not be easily substituted.