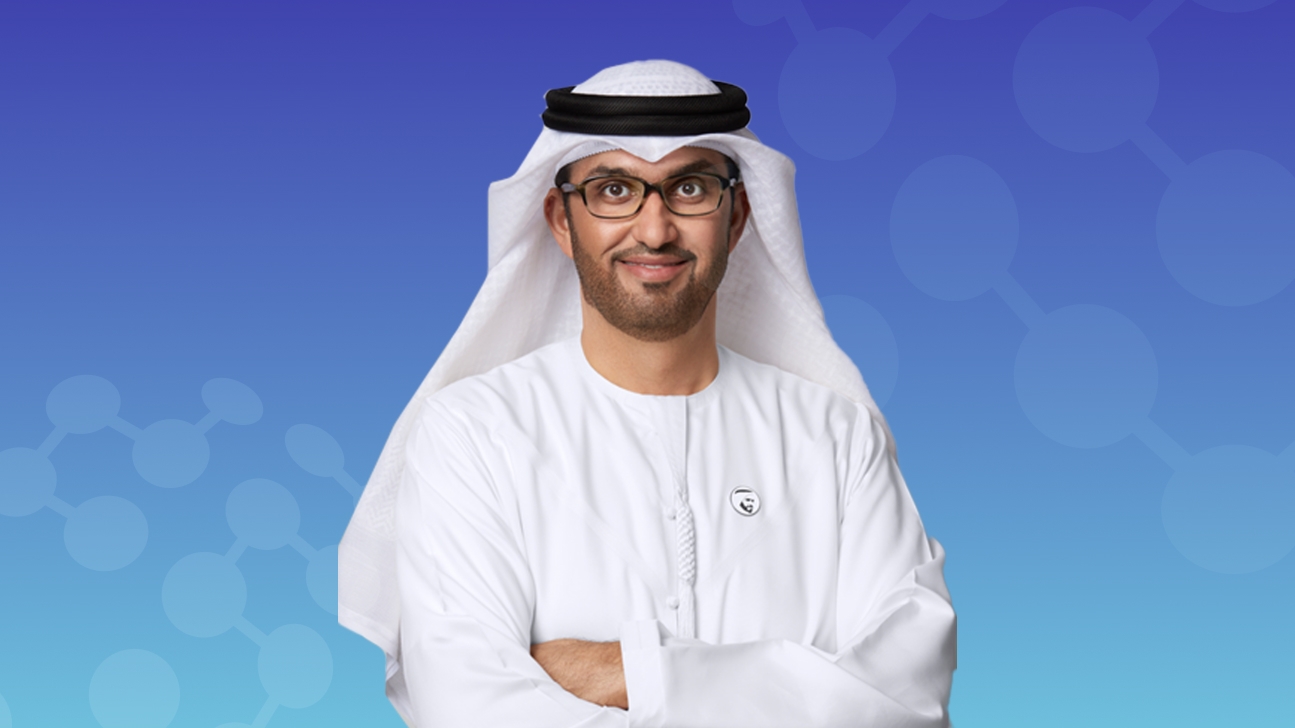 Born in 1973, the 49-year-old was educated in the US and UK, and has been the face of the UAE’s energy sector over the last decade, setting up Masdar in 2006 while running the UAE government’s strategic investment arm. Al Jaber is not in the Royal family, making his rise all the more remarkable, and is known to have a strong global contacts book among world leaders and CEOs.

In a 2021 speech accepting an award from an oil industry intelligence group, he said Masdar was evidence the UAE is “ahead of the curve… leadership viewed clean and renewables as a natural and logical extension of UAE’s role as a global energy leader.”

COP28 will be the third time a major UN climate summit has been held in the Middle East, with Qatar (2012) and Egypt (2022) previous hosts. Given worsening geopolitics, rising climate damages and a fractious end to the COP27 summit in Sharm El Sheikh 2023 promises to be a tough year.

Al Jaber will be under deep scrutiny: this is the first time a serving oil executive has assumed the top role at a UN climate summit [note: at COP8 in 2002 TR Baalu was a former oil minister; at COP12 in 2012 Al Attiyah had stepped down from his oil industry roles].

The country has a huge per capita carbon footprint: the world’s 4th largest behind Qatar, Bahrain & Kuwait. According to the US Energy Information Administration (EIA) it’s the seventh-largest petroleum and other liquids producer in the world with export revenues topping $70 billion.

In the short term the UAE is targeting 5 billion barrels of oil & gas a year by 2030, signalling its intent at the end of 2022 by joining the GECF gas exporting countries lobby group. The country’s envoys also blocked efforts to accelerate cuts to shipping emissions at UN talks in London last month.

While Al Jaber is on record warning of the dangers of climate change and outlining the UAE’s plans to invest in clean energy, recent speeches to the oil sector bear close scrutiny.

He is on record arguing for a rise in annual fossil fuel investments of US $600bn until 2030: “we must make progress with pragmatism” he told delegates at the 2021 ADIPEC summit. “Let’s advocate for an inclusive approach that takes advantage of the expertise of the people in the oil and gas industry,” he said at an October 2022 oil industry event in London.

Of all the oil-rich Gulf countries, the UAE is perhaps the best-placed when it comes to the clean energy transition, yet Climate Action Tracker still rates its efforts “Highly Insufficient”. The government has a “Net Zero by 2050 strategic initiative” although its own energy plan reveals it is targeting a 2050 power mix of 44% renewables, 38% gas, 12% ‘clean coal’ and 6% nuclear.

The government’s PR machine does a good job highlighting the Masdar initiative [more on that from Bloomberg here] and solar investments through to 2030 [solar is now available at 1.35 cents per kilowatt hour in UAE, with 9GW due online by 2030]. Still, as the US EIA observes here, renewables account for a fraction of the country’s power mix.

For example, in August 2022 Al Jaber claimed in a piece for Project Syndicate that all the electricity consumed by ADNOC comes from zero-carbon nuclear and solar power. But ADNOC’s announcement of this in December 2021 said construction would begin in 2022 with commercial operation commencing in 2025. Then there is the issue of the gas that would previously have been burned to power its operations being sold instead. Essentially the emissions have just shifted from Scope 1 to Scope 3

Recent energy announcements include plans to switch a coal fired plant under construction to gas; a deal valued at $100bn with the US government to invest in carbon capture technology and grow its renewables sector; a green hydrogen partnership with Germany and an $11bn onshore wind farm in Egypt.

*By 2030, the UAE plans to have 20 GW of installed solar capacity. Its current operating and prospective utility-scale solar capacity together amount to 6.6 GW. Renewable energy is a focal point for the UAE, as less domestic fossil fuel production frees up exports to be shipped overseas

*The United Arab Emirates (UAE) became an early regional leader in renewables development with the landmark Mohammed bin Rashid Al Maktoum Solar Park, which began operation in 2013, and which, when complete, will have a capacity of 2.3 GW.

*The UAE also hosts one of the world’s largest single-site solar projects, Noor Abu Dhabi, which began commercial operation in 2019. It broke records in 2016 attracting the world’s most competitive tariff. How is CBD COP15 shaping up?