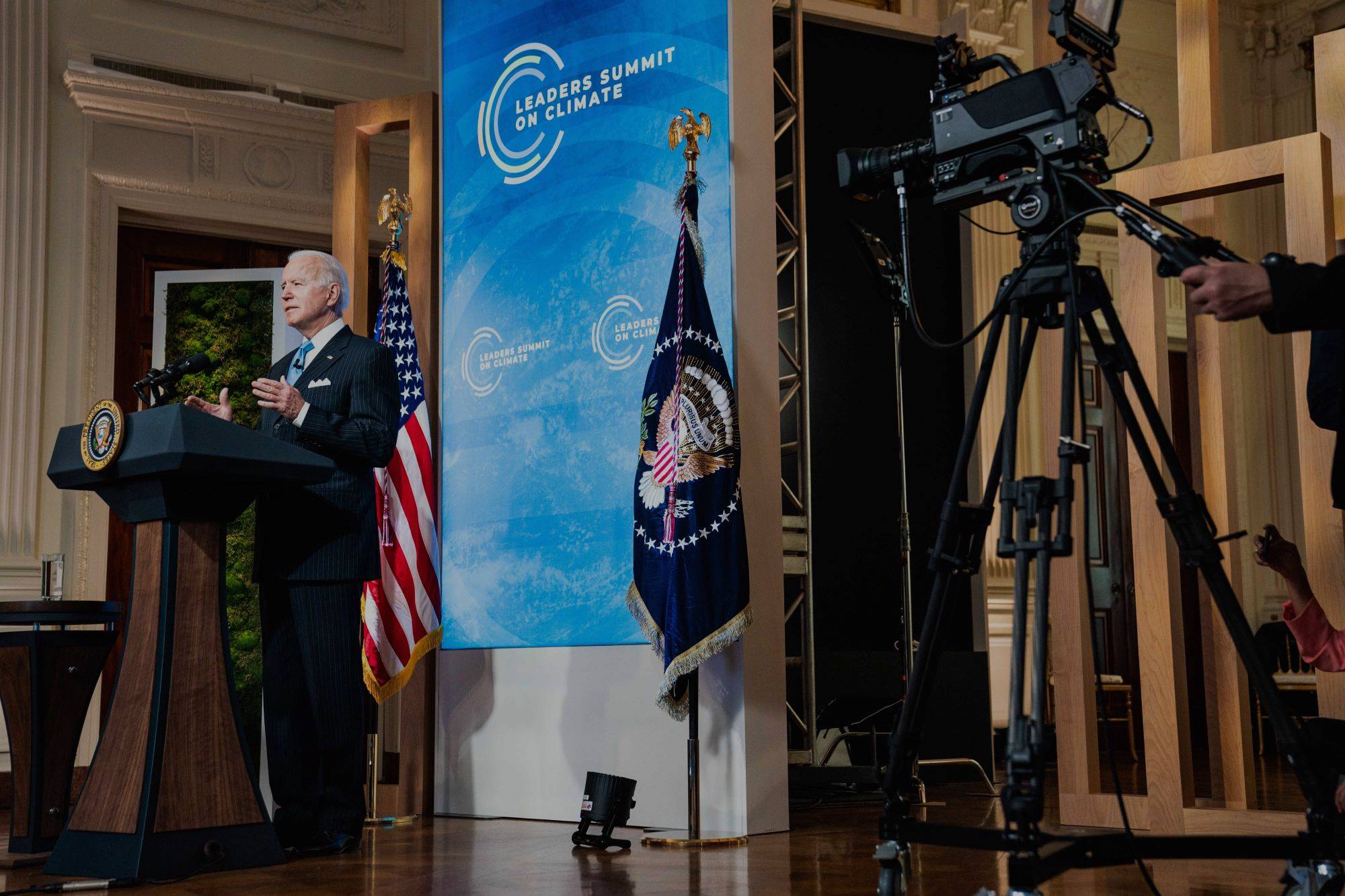 US President Joe Biden’s big climate moment – the US-hosted Leaders Summit on Climate on 22-23 April – drew some significant announcements from major emitting countries pledging to do more (or to pledge to do more soon).

But nowhere near enough. The Paris Agreement’s more ambitious goal to limit global warming to 1.5 degrees Celsius is now closer than it ever has been – yet still a long way off, and that is only if countries actually fulfil the commitments they are setting out.

Here’s a look at what happened, and what needs to come next.

The emissions gap is still gaping

Major emitters including the US, Japan, the European Union, the UK and China announced at the summit that they will step up their climate action commitments for this decade. However, announced commitments made since September 2020 have only narrowed the gap in emissions reductions needed by 2030 to stay within 1.5C by 12-14 per cent, according to Climate Action Tracker.

The US set an example by injecting climate action across the government and emphasising the opportunity to create clean energy jobs and build a more equitable economy. The lingering question is how that ambition is turned into tangible change in the 2020s.

South Korea committed to end all public financing for overseas coal and to stop granting permits for domestic coal power plants, without specifying when. Japan raised its emissions reduction target to 46 percent by 2030, with the aim of getting to 50 percent, and Canada raised it to 40-45 percent by 2030.

Pressure is now on other major emitters to follow suit with strengthened targets for 2030, as UN Climate Change Executive Secretary Patricia Espinosa has called for. Plans should include the end of financial and policy support for fossil fuels developments, both at home and abroad. Large economies that are lagging behind, including Brazil, Russia, Australia and Saudi Arabia, do not get a free pass.

I welcome the United States’s submission of its updated #NDC ??.

The ambition reflected is a great step towards a successful #COP26.

I call on all countries – especially other major emitters – to present their 2030 climate plans as soon as possible. #LeadersClimateSummit

China committed to peak its coal use in 2025 and begin reducing it in the following Five-Year Plan – although consumption actually peaked in 2013. The US committed to reducing its emissions by 50-52 percent by 2030, compared to 2005 levels – following widespread calls from experts for a goal of at least 50 percent.

In addition, China and the US released a joint statement ahead of the summit promising to address the climate crisis in the short-term, including by maximising international investment and finance behind the energy transition and phasing down potent hydrofluorocarbon production, which is used in refrigerants.

They also said they will continue to discuss changes they can make in the 2020s, such as decarbonising industry and power, green and resilient agriculture, energy efficiency in buildings, low-carbon transport and the China-hosted UN Convention on Biodiversity summit this October.

This is what we need to see! China and US clear about the climate crisis, i.d. policies to deliver net-zero emissions, and couple to Nature crisis. But we need more! End dates, Q-targets, from all! US/China can tip the scales https://t.co/pldh0kquFP

The US was the only country to commit to shore up public financial aid during the Leaders Summit, with a modest plan to double climate finance to $5.7 billion by 2024. That includes a tripling of finance to help countries adapt to the crisis.

A lot more is needed to meet the goal for developed countries to mobilise $100 billion per year in public and private finance by 2020, as well as UN Secretary-General António Guterres’ call for half of climate finance to be dedicated to climate adaptation. Only about 20 percent of current climate finance is dedicated to helping countries adapt and become resilient.

“Delivering on finance and adaptation is a prerequisite for success,” Guterres said in a statement ahead of the summit.

The upcoming Petersburg Climate Dialogue (7 May, hosted by Germany), Partnership for Green Growth (P4G, 30-31 May, hosted by South Korea) and G7 Leaders Summit (11-13 June, hosted by the UK) are “crucial moments” in which to step up climate finance commitments, he added.

Private financial players made a much bigger splash, launching the Glasgow Financial Alliance for Net Zero the day before the US summit. The alliance brings together a number of financial coalitions aiming for net zero emissions by 2050, with bankers, asset owners and managers, and soon insurers.

In the months ahead, governments must dramatically step up their climate ambitions – particularly the biggest-emitting countries that have caused the vast bulk of the crisis.

In this pivotal year for humanity, now is the time for bold #ClimateAction. https://t.co/2arDqvLFyr

The work needed to help developing countries adapt to the impacts they are already experiencing, such as droughts, extreme heat, tropical storms and rising sea levels, drew little attention during the Leaders Summit.

This despite coming just weeks after the UK-hosted Climate & Development Ministerial, during which some of the most at-risk countries set out solutions to the crisis already underway, including improved access to finance, addressing the current impacts in national climate pledges, and making debt sustainable for these countries.

During the US summit, Gaston Browne, chair of the Alliance of Small Island States and prime minister of Antigua & Barbuda, warned of a looming debt crisis for vulnerable countries that have had to repeatedly borrow money to recover from natural disasters caused by climate change. These countries need “a programme of debt forgiveness and debt rescheduling”, “concessional financing that takes account of vulnerabilities” and “funding to compensate for damage, to help reconstruct our economies and to assist in building resilience”, Browne said.

The US summit may have nudged global climate action forward, but it still falls far short of what youth activists are calling for.

“You need to accept that the era of fossil fuels is over,” Xiye Bastida told leaders during the summit. The time for summits and conversations is over, it’s time to implement the solutions that are already available, she added.

That said, Bastida made clear she did not trust the adults to do it alone. “When it comes to sustainable solutions, we youth need to participate in decision-making spaces to ensure the green economic track will not be replicating systems of exploitation and creating new sacrificed sums – because this is already happening in some regions of the world,” she said.

Greta Thunberg expressed the same distrust when she spoke to the US Congress in the same week. “We have to end fossil fuel subsidies, stop new exploration and extraction, completely divest from fossil fuels and keep the carbon in the ground,” she said.

“And, to be honest, I don’t believe for a second that you will actually do this. The climate crisis doesn’t exist in the public debate today. And since it doesn’t really exist, and awareness is still absurdly low, you will get away with continuing to contribute to the destruction of present and future living conditions.”

If you missed my speech, you can watch it here ? https://t.co/UpO4mO1x2m