Coronel is one of the five disposal zones in Chile and the only city in the world that has a dumping site within its urban area. Property of the Enel Group, it has collected waste for years from the Bocamina I and Bocamina II coal-fired power plants, polluting the population and the environment with heavy metals. Despite the commitment made by the government in 2019, and withdrawn at COP26, to close all coal plants in the country by 2040, the damage remains.

It is almost noon, the sky is clear, but in Coronel, one of the five Chilean disposal zones, one can look directly at the sun. Facing the southern coast of the Pacific Ocean, the smoke released by the Bocamina II thermoelectric plant overshadows the sun’s rays.

About 500 meters away, in the middle of the Millabu hill, there is an enclosure of more than 11 hectares. This is the dumping site that collects the ashes produced by the two thermoelectric plants of the Enel group, Bocamina I and Bocamina II.

Since the ’70s, the people, the soil, the subsoil, the waters and the air of Coronel have been exposed to the typical pollution of the thermoelectric activity, in addition to the post production of energy ashes.

This situation was confirmed in 2014 by a study carried out by the Research Brigade of Crimes Against the Environment (Bidema for its initials in Spanish) of the Chilean Investigation Police (PDI). However, the ashes dumping site is still running and does so legally, with sanitary, environmental and urban planning permits granted years ago by all the governments of the country.

The Thermoelectric Power Plant Bocamina I began its operations in 1970, depositing its ashes on lands close to the Coronel coastline. Twenty-nine years later, the ashes dumping site was set up with the authorization of the Ministry of Health, open pit and less than a kilometer away from residential areas.

With regards to urban planning, the site was built under the 1983 Coronel Communal Regulatory Plan (PRC for its initials in Spanish, a Chilean territorial planning instrument), in an area where the use of land was only allowed for “equipment and green areas”.

In 2003, the Concepción Metropolitan Regulatory Plan came into force, an instrument that divides into zones 11 communes (cities or sectors of cities), among them Coronel. The document establishes that the ashes dumping site is located in an industrial area, leaving the sector suitable for the collection of industrial processes.

Four years later, in 2007, as part of the project that would give rise to the construction of Bocamina II, the then environmental authority of the region to which Coronel belongs (the Regional Environmental Commission of the Bío Bío region) rated positively the initiative, which included the already existing dumping site within its works. The authority considered that the ashes constituted non-hazardous waste. Three years later, the same body granted a permission for the dumping site expansion.

For their part, the regional authorities of the Ministry of Health (Ministerial Regional Secretariat, Seremi –for its initials in Spanish-) in Bío Bío authorized, in 2012, the operation of the premises. Despite the fact that Seremi did not neither consider waste to be dangerous, Enel had to report annually on its dangerousness. 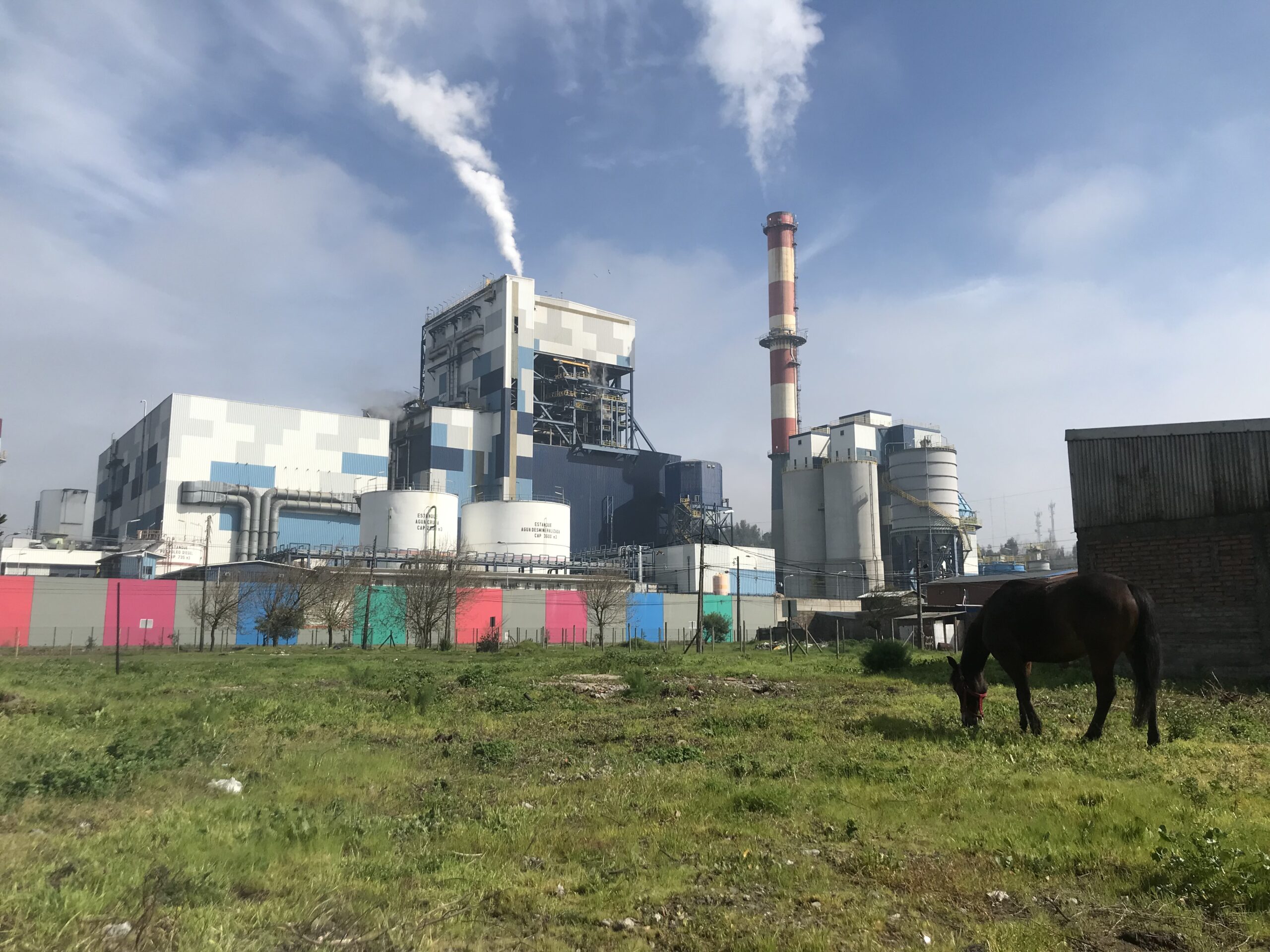 The beginning of the complaints

The community has been denouncing for years that both Enel’s plants and its dumping site pollute the city with heavy metals.

In 2012, the Chilean prosecutor’s office launched an investigation against the Coronel thermoelectric plants. And, in 2014, Bidema carried out a study that detected high levels of heavy metals, specifically of mercury and vanadium, in the residential soil of the city.

“The elemental chemical characterization of the soil considered residential in Coronel indicates that the elements mercury and vanadium are present in all the sampled points (…) which represents a danger to the population health,” claims the report.

Similarly, the document underlines that, within the samples, the one taken at the closest point to Bocamina II “shows the highest concentrations of arsenic, chromium, zinc, mercury, lead and vanadium, which indicates that the sector of thermoelectric plants property of Endesa SA (pre-2016 name that had Enel’s electricity generation branch in Chile) can be considered as the pollution source”.

The above mentioned metals would also be present in the dumping site, so the collected ashes would indeed be hazardous waste. “It can be said that for more than 40 years particulate material has been deposited in the soil of Coronel whose elemental chemical concentration contains elements in concentrations that affect the health of people and the environment,” concludes the report.

However, in 2018, the prosecution procedure against Enel was conditionally suspended, after an alternative solution was agreed. In that action, the company promised to take a series of environmental mitigation measures. As regards the dumping site, Enel closed two of its three sectors.

Bocamina I continued to operate until 2020 and Bocamina II, created in 2012, will continue to do so until 2022. Likewise, in 2018, Enel announced a replanting plan that would seek to turn the dumping site into a native forest, which would be launched after the closure of Bocamina II.

With more than 116,000 inhabitants, Coronel has been a disposal zone since its origin. It was founded in 1849, due to the exploitation of adjoining coal mines.

By 1945, the decline of the business had already begun, until in 1979 a massive layoff plan was announced. In 1997, the mines closed totally.

Between 2012 and 2020, there were three thermoelectric plants running simultaneously (the two of Enel plus one plant of the Colbún company), in addition to the Enel urban ashes dumping site, and the fishing and forestry industries.

As time went by, the Coronel residents began to organize themselves and questioned the actions of the “industrial pole” and its effects on the neighbors’ health. The concerns of the Coronel citizens reached their authorities, when at the end of April 2019 mayor Boris Chamorro ordered the closure of the Enel dumping site.

Nevertheless, the measure was overturned eleven days later by the Chilean justice, and ratified afterwards by the Supreme Court, which considered the closure something  “illegal and arbitrary”. In July 2020, given the verdict of the highest judicial instance, Enel filed a lawsuit against the city council for some 285 million Chilean pesos ( U$S 350,000 approximately).

The alliance of social organizations Chao Carbón contacted attorneys-at-law Rodrigo Pérez and Juan Manuel Fernández to develop a defense strategy for the Coronel community against Enel, but focused on the ashes dumping site.

Thus, in 2019, an appeal for protection against Seremi de Salud was filed before the Court of Appeals of Concepción. “[The Seremi’s authorization] is based on the assumption that the ashes constitute non-hazardous waste, which is an erroneous presumption,” explains Rodrigo Pérez.

“What we presented to the court was that Enel is not telling the truth to Seremi de Salud, but Seremi is not using up all its supervisory functions neither to determine what is happening,” summarizes the lawyer.

For its part, Seremi presented certificates showing that Enel had complied with annually reporting the ashes danger, although without providing more information on how the waste was determined to be non-hazardous.

In September 2021, the Court of Appeals of Concepción accepted the appeal against Seremi. The court determined that an annual statement by the company for the authorities was not enough, and that is why it handed over to the Superintendency of the Environment (the highest state auditing body in Chile in environmental matters), the task of supervising the closure of the head office Bocamina II and the ashes dumping site.

“The interesting thing about the ruling is that it forces the Superintendency to carry out all kinds of studies, both on the ground and in the air and on people’s health, in order to dismiss any risk of affecting health. I believe that this is the greatest value of the sentence”, concludes Pérez.

Last June, a field work of the first study at the community level in Chile was started in Coronel, which will try to establish the link between pollution and the health of the population. Tendered in 2019 by the Ministry of Health, the research was awarded by the Department of Public Health of the Pontifical Catholic University of Chile.

The initiative will study 1,260 people, who will have blood and urine samples taken to determine their health status and the presence of arsenic and lead. The study is headed by Dr. Sandra Cortés, environmental epidemiologist and professor at the Pontifical Catholic University of Chile.

“We are looking for community representation, but also for representation with respect to people who live near or far from certain emission sources,” explains in detail the researcher. “These issues have been put off for a long time and they do not just happen here: there are many other places in Chile where rights are violated as a result of environmental decline,” he adds.

Cortés hopes to be able to process the information and prepare both the participants individual reports as well as an epidemiological analysis for the Ministry of Health. “We hope that the results will generate changes to improve people’s quality of life,” he says.

For its part, the Ministry of Health announced to the Chilean press that it will take all necessary measures to protect the health of the population.

The results of the study will be presented to the authorities in 2022, the same year that Bocamina II will close its doors. 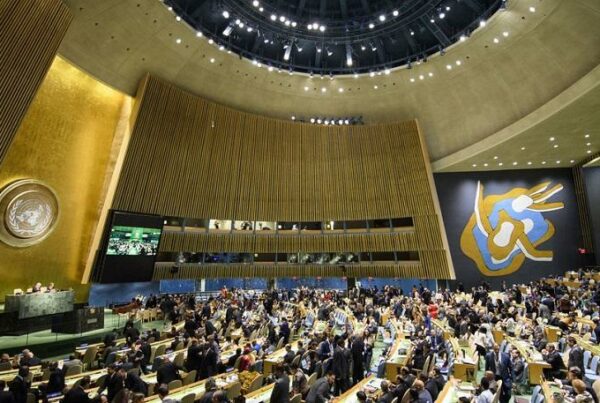 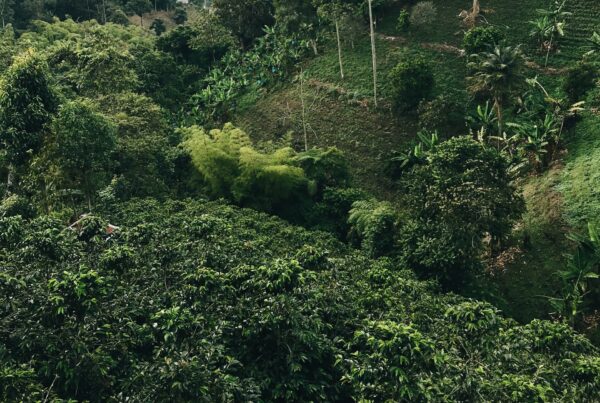 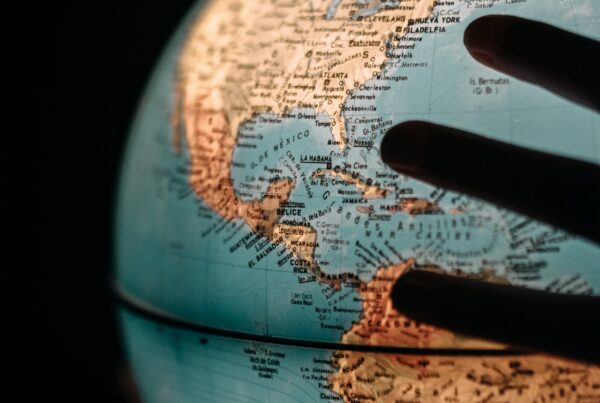