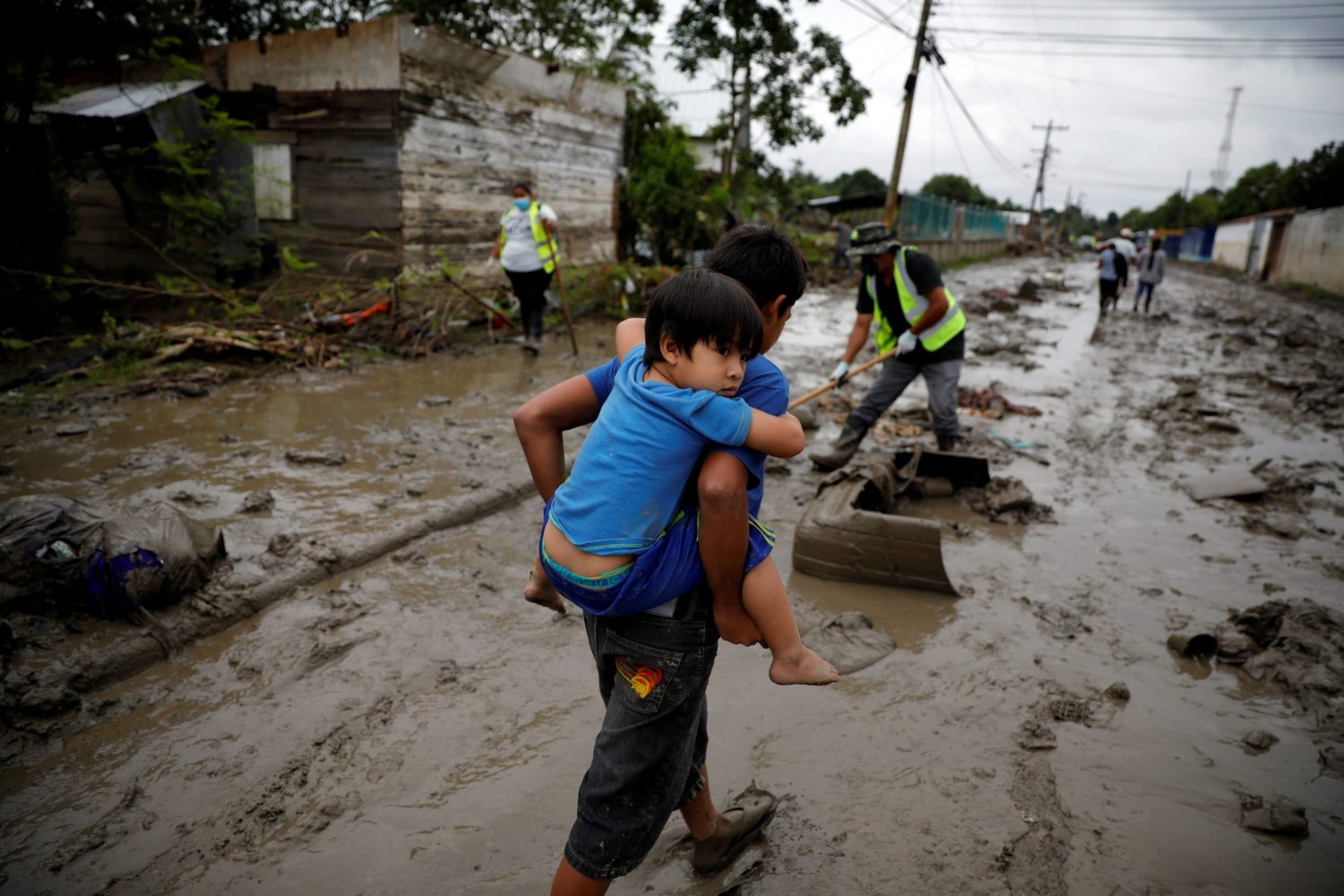 The sore spot of climate finance

Latin America and the Caribbean, highly vulnerable region to the effects of climate change, is pulling themselves up by their bootstraps to lead and protect the Earth. Yet, it is being pushed back by the hidden forces of climate finance, which are keeping the Global South divided and letting those truly responsible off the hook.

Perhaps the most pervasive notion in modern economics, partly owed to a superficial interpretation of Darwin’s studies, is that scarcity breeds competition. While global negotiations on climate change have long upheld the need for collaboration, these arenas often present ripe ground for this kind of survival-of-the-fittest to take hold. Indeed, few places are as steeped in conflict as the Conference of the Parties (COP) – the yearly gathering of the United Nations Framework Convention on Climate Change (UNFCCC). COP27, which is taking place in Egypt, promises to be no exception, and scarcity has a lot to do with it.

For starters, global climate finance has yet to reach the yearly goal of USD 100bn, pledged in 2009 by developed countries, barely reaching above the USD 80bn mark in 2020. Most funding takes the form of loans (71%), which further increases debt in developing countries, while resources for adaptation amounted to only 34% of total climate finance at USD 28.6bn in 2020. These numbers pale in comparison to the annual adaptation needs in developing countries, which are estimated to reach up to USD 340bn per year by 2030 and USD 565bn by 2050.

Insufficient resources and mounting adaptation needs worldwide mean that only the fittest will survive. Developing countries are competing, and some are getting left behind.

In particular, Latin American and Caribbean countries seem to have drawn the short end of the stick, receiving the lowest proportion (17%) of multilateral climate finance worldwide, compared to Asia (42%) and Africa (26%). This is in spite of the region being home to some of the world’s most vulnerable countries, including Haiti, the Bahamas, and Bolivia, according to GermanWatch, as well as Colombia and Mexico, two of the countries most exposed to climate hazards, according to the WorldRiskReport.

Things may get even worse for the region as countries begin to discuss a New Collective Quantified Finance Goal, which will be at the core of COP27, and promises to be fraught with conflict about how to distribute the scarce resources of climate finance. Some contentious issues include the balance between funding for mitigation and adaptation actions, between loans and grants, public and private sources, and humanitarian and development finance. Similarly troublesome are the attempts to broaden the donor base towards middle-income economies, effectively relabeling most countries in the region as donors rather than recipients of climate finance. Some developing countries are also arguing for the creation of new categories of “special circumstances” that would grant priority access to climate finance on top of the existing categories: Least Developed Countries (LDCs) and Small Developing Island States (SDIS). These are just some of the edges of the debate that may result in the further exclusion of Latin America and the Caribbean from the climate finance flows it urgently needs.

Such an outcome would fall short of reflecting the vulnerability and needs of the region or the spirit of global solidarity that should guide this collective effort. According to the Intergovernmental Panel on Climate Change, Latin America and the Caribbean is a region “highly exposed, vulnerable, and greatly impacted by climate change.”

Over the last two months, floods and landslides due to heavy rains have ravaged communities across ten countries in the Caribbean, Central, and South America, leaving tens of people dead. We also still remember Hurricanes Eta and Iota in 2020, which resulted in over 200 deaths; the landslide in Mocoa, and Hurricane Irma in 2017, which took over 333 lives in Colombia, as well as 134 across Antigua and Barbuda, Cuba, and several other Caribbean countries. On the flip side, droughts across the Andes, the Amazon, and Patagonia are becoming more and more severe. The so-called ‘Central Chile Mega Drought,’ ongoing for the past 13 years, is the longest drought that the region has seen in a thousand years, which has forced over 19m people into suffering “severe water scarcity.” In Brazil, the worst drought in 91 years has also left the country scrambling to meet its electricity demands, given the country’s large reliance on hydroelectric power, which has also threatened to lower farmers’ yields by 20%.

The region has paid a high price. Between 2008 and 2021, around 1,600 disaster events have been reported, which have led to the displacement of more than 20.7m people, most of which were due to storms (10.8m), and floods (9.6m). On the other hand, the Inter-American Development Bank estimated that the region would suffer economic losses of USD 100bn per year by 2050 as a result of climate change.

Yet, against all odds, many Latin American countries remain at the forefront of climate ambition. All of them have submitted their Nationally Determined Contributions, and at least half have finalized National Adaptation Plans. Costa Rica is well on its way to achieving carbon neutrality, while Chile is the Latin American country that invests the most into combating climate change. Colombia and Brazil are promising candidates to protect the Amazon Basin after recent electoral victories in both countries.

In the face of climate disaster, Latin America and the Caribbean keep leading the way with little support from developed nations. Of course, we are not alone in this predicament.

Earlier this year, Pakistan faced massive floods, which left one-third of the country underwater. To much fanfare, Denmark pledged USD 13m to help the country rebuild, a laughable amount that accounted for only 0,13% of the estimated total needs. Amidst perhaps the direst catastrophe of recent years, instead of committing to a true change in trajectory, developed countries remain content with a photo-op. It’s a story that repeats itself: in Pakistan, Latin America, and the Caribbean, and in every corner of the Global South: there is no Marshall Plan for the wretched of the Earth.

We know this tactic all too well. It leaves us fighting with our neighbors over the scraps of climate finance. Instead of asking what regions are decidedly more vulnerable and deserving of climate finance than others, let’s ask what our peoples have in common: a deep connection with the territories we inhabit, an array of broken promises from the Global North, and an untapped potential to keep the world below a 1.5°C increase in temperature. Who benefits from keeping us apart if not those who seek to extract every last drop of Life from the Earth for a quick buck?

Let us focus on what matters. All countries must commit to justly decarbonizing their economies and protecting strategic ecosystems. We must push for a New Collective Quantified Goal on Climate Finance and demand its fulfillment, doubling finance for adaptation actions and ensuring it is made up of grants, not loans. Above all, we must stick together: developing countries, LDCs, SIDS, and all who have borne the brunt of global greed. No longer shall our efforts to thrive depend on the spare pennies of the rich and on our willingness to throw elbows in our neighbors’ direction, but on the firmly rooted principle of climate justice.

Scarcity may breed competition, but collaboration births abundance, and it is high time for abundance at COP27.